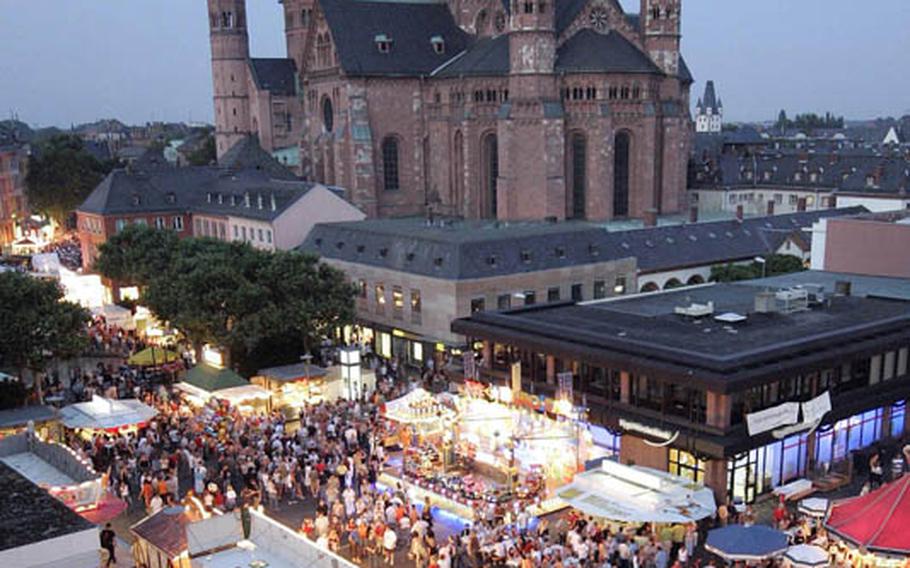 GermanyFrom Friday through Monday, Mainz will celebrate Johannisnacht, a festival that honors Johann Gutenberg, inventor of the printing press. Located around the city cathedral, the fest offers a lively program of continuous concerts and theater on five stages, a Sunday book market, crafts market, folklore shows, jousting on fishing boats and, of course, wine and food. A highlight on Saturday is the traditional baptizing of the graduating printer apprentices on a stage before the city theater. The event ends with fireworks over the Rhine River. Find more information under &ldquo;Tourism&rdquo; at www.mainz.de, which has an English option.

DenmarkDuring the 18th century&rsquo;s Great Northern War, Peter Tordenskjold rose to vice admiral in the Danish-Norwegian navy and became a naval hero known for his daring attacks on Swedish ships, regardless of the odds of winning. That historic maritime atmosphere will be re-created in Frederikshavn&rsquo;s harbor starting Friday during a festival called Days of Tordenskjold &mdash; the Year is 1717.Hundreds of re-enactors from Denmark, Sweden and Norway will take part. Highlights include period music and food, cannons and weaponry, fencing, ships in the harbor, crafts and a sea battle. See www.tordenskjold.dk, which has an English option, for more details.