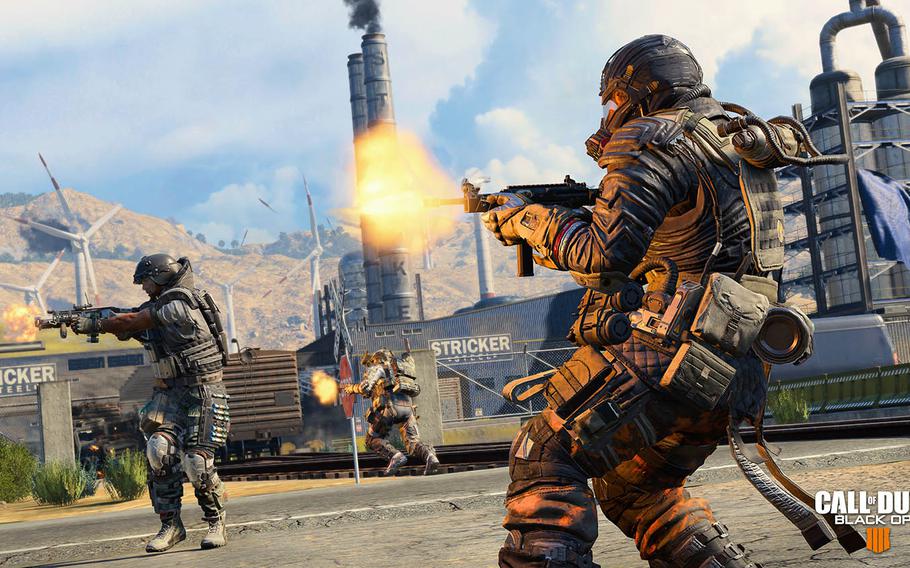 The the multiplayer and zombie modes in "Call of Duty: Black Ops 4" -- and even “Blackout” -- are things players have seen before. Despite that, additions and refinements made to each of these offerings feel new. (Activision)

The the multiplayer and zombie modes in "Call of Duty: Black Ops 4" -- and even “Blackout” -- are things players have seen before. Despite that, additions and refinements made to each of these offerings feel new. (Activision) 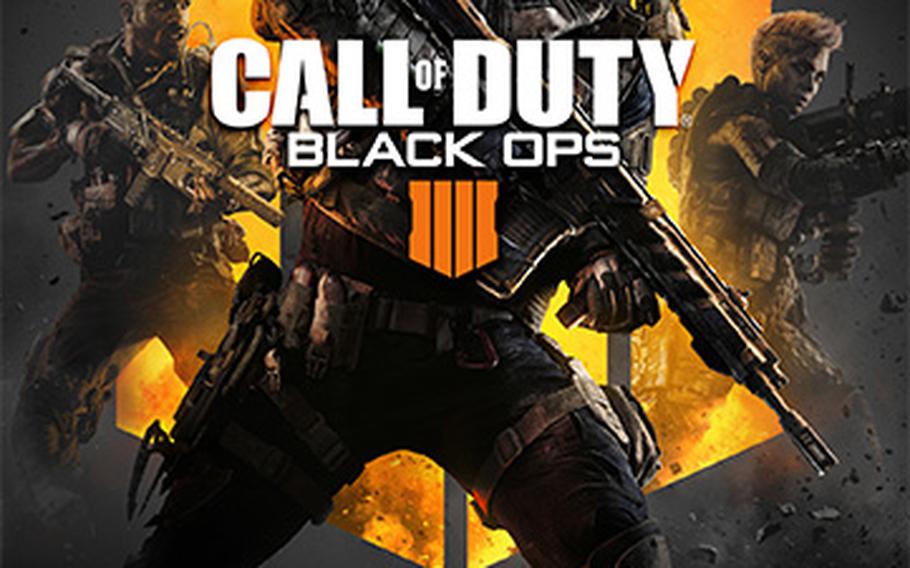 Developers at Treyarch have accomplished something truly unusual with “Call of Duty: Black Ops 4.”

They’ve eliminated a franchise cornerstone while still offering a satisfying array of content. And they’ve created a game that doesn’t break any new ground, but still feels incredibly fresh.

First, “Black Ops” games — which are developed by Treyarch for Activision — are known for intense single-player campaigns, fast-paced multiplayer competition and zombie survival modes. But this time around, there’s no campaign.

Initially, I thought this was a titanic mistake. And admittedly, I’d probably still be happier if one were included, since that’s usually my favorite part of any game. However, the addition of a battle royale mode — called “Blackout” — and changes to other modes help compensate for the loss.

Second, the game’s multiplayer and zombie modes and even “Blackout” are things we’ve seen before. Despite that, additions and refinements made to each of these offerings feel like something very new.

“Blackout” is getting most of the attention from gamers. Battle royale games were propelled into the gaming stratosphere over the past year by “PlayerUnknown’s Battlegrounds” and “Fortnite.” It seems only natural that one of the top shooter franchises would jump on the bandwagon.

“Blackout” most resembles “PlayerUnknown’s Battlegrounds” — aka “PUBG.” A hundred players parachute onto a sprawling battlefield for solo or team matches. They start with no gear, so they must gather their weapons, ammo, medic kits and armor from buildings scattered around the area. They then blast away at each other until there’s only one player or team left standing. To ensure that the players actually make contact with one another, a “ring of death” periodically contracts and reduces the area available for fighting or hiding.

The “Black Ops 4” battle royale brings smooth “Call of Duty” mechanics and good graphics to the table. It also adds perks that boost fighting abilities and familiar characters and locations from previous “Call of Duty” games. Best of all, it adds zombies in a few spots — such as the asylum, which is straight out of the “Verruckt” mission in the original “Nazi Zombies.” When you go toe to toe with the AI zombies, you’ll earn some decent loot for your trouble.

With the absence of a campaign, my favorite portion of the game is its full-fledged zombies mode. I’m always a big fan, but there’s even more to like this time around. Instead of starting with one zombie mission and adding others later, “Black Ops 4” starts with three missions.

The game introduces four new zombie hunters in “Voyage of Despair.” The team intends to rid the world of the undead threat by snagging a mystical artifact carried aboard the Titanic. Players quickly discover that the deadly iceberg was the least of the ship’s problems. A second mission features the same team in a different setting. They are magically transported to an unusual Roman amphitheater where they are forced to fight zombies for sport in a mission titled “IX.” Fortunately, they are still equipped with modern-era weapons — and a few from science fiction as well. And for those who prefer the familiar World War II warriors from the original “Nazi Zombies,” there’s “Blood of the Dead.” This time, the quartet fights through the undead hordes inhabiting Alcatraz.

All three of the missions offer well-constructed settings, balanced combat and wild action. My favorite was the shipboard adventure, but it seemed that matchmaking was much quicker for “IX,” which leads me to believe that is the early crowd favorite.

The traditional “Call of Duty” multiplayer options are all represented as well. There’s team death match, free-for-all and several objective-based scenarios. However, these have been given a big boost by several small but important changes in the gameplay mechanics.

First, there are no superhuman abilities, like wall-running and long-distance leaping, which made some previous “Call of Duty” games seem almost frantic. This brings the game to the ground in a good way. Players must think more tactically and work together to accomplish their objectives. Another nice change is the addition of a self-healing mechanic. If you get hit and are able to backpedal away from combat, you can give yourself a healing injection. This allows you to stay in the fight longer and makes your squad much more cohesive.

Again, the battlegrounds are all very well constructed, providing plenty of opportunities for interesting — and balanced — encounters.

For multiplayer matches, players can pick from 10 specialists with unique weapons and abilities. For example, you can choose to wield a flame-thrower, supply your squad with healing and ammo or provide them with electronic eyes. But be aware, these weapons and abilities aren’t available at all times. Each requires a cooldown time between uses. As a result, traditional marksmanship and maneuverability are much more important to overall success.

Learning how to use each of these weapons and abilities provides the closest thing “Black Ops 4” has to a campaign. Each specialist comes with a tutorial and a skirmish that helps you learn and practice their skills. Completing them takes a few hours and also unlocks videos that describe the specialists’ back stories and the reason they’ve come together.

Although I enjoyed the skirmishes and the activities in the tutorials, I was turned off by a couple of aspects. Many of the backstory videos were unpleasantly brutal. Fortunately, at the beginning of the game, you are given the option of toning these down. In addition, your “trainer” in the tutorials is crass, vulgar and vicious. I ended up concluding that the bland narration of other tutorials is preferable. That — and countless traumatic amputations in battle — help give the game a Mature rating.

As I mentioned before, I’m a big fan of single-player campaigns. However, I have several friends who play “Call of Duty” relentlessly and have never played a single minute of any campaign. With its robust selection of online multiplayer battlers, this is the perfect game for them. But those battles are so well designed, “Black Ops 4” is also a great game for people like me.

A copy of the game was provided by Activision for review purposes.