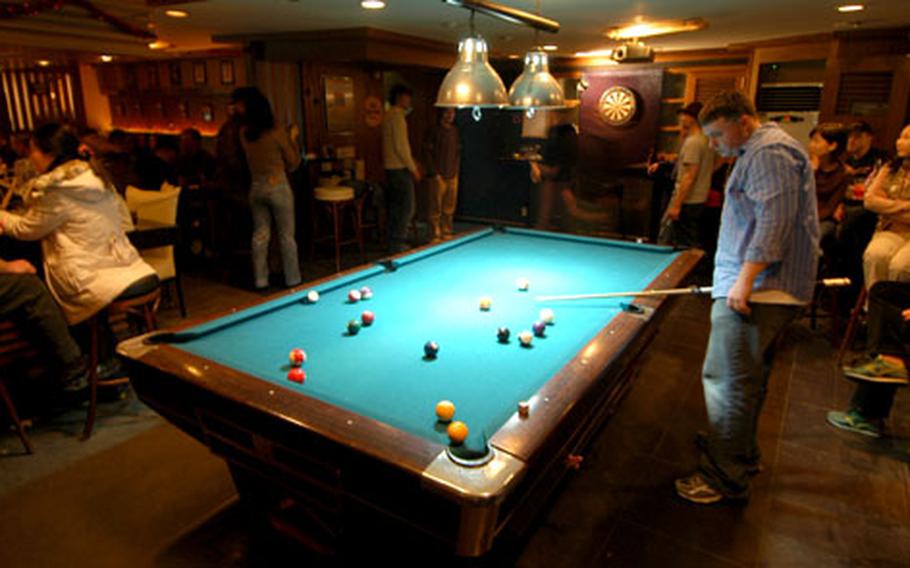 &#8220;We have a real variety&#8221; of customers, said Wayne Gold, part owner of the year-old bar. He said you can find English teachers, military members, Korean-Americans and more any night of the week.

He said the goal when opening the bar was to create an inviting environment.

Cole Williams, a U.S. soldier in the bar one recent weekend, agreed.

Williams and a group of friends were playing darts, sometimes pausing to allow pool players to shoot when their playing space overlapped.

Seating is tight in the L-shaped bar, and getting to the bathroom can be tough when all the tables fill up.

The music seemed as varied as people ordering drinks, and ranged from rock to pop.

Clientele: Mixed &#8212; military and ex-pats, Korean-Americans, English teachers and others

Location: On the alley that runs between Three Alley Pub and the Hamilton Hotel. It&#8217;s on the right side of the street (when walking toward the Hamilton) on the second floor.