Back to the blackboard: Despite uniforms Schweinfurt kids let fashions speak 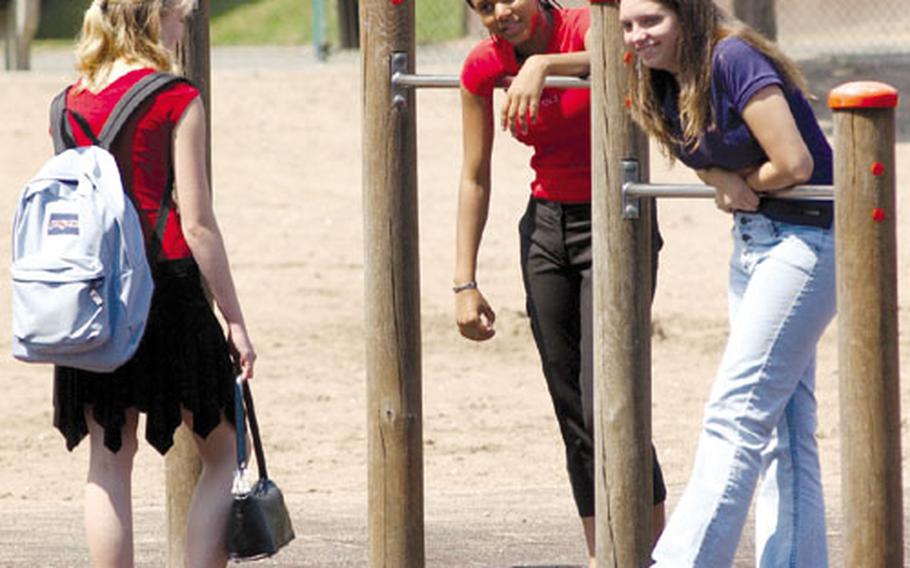 Five years ago, the Schweinfurt community voted &#8220;yes&#8221; to requiring pupils at its two elementary schools and one middle school to adopt a dress code of red, white or blue tops, along with navy or white pants, or skirts for girls. Elementary schools in Ansbach and Heidelberg followed suit, and Bamberg is joining the uniform parade this year. The dress codes outline what colors or combinations of colors a pupil must wear to school, but do not dictate a &#8220;school uniform,&#8221; as such.

But even in families where Mom or Dad puts on military fatigues every day, many kids chafe at such a strict dress code.

The aim of the codes is to boost grades by cutting peer pressure and eliminating what the Rainbow Elementary dress code describes as &#8220;fashion show behavior.&#8221; They&#8217;re also meant to root out gangs by preventing members from wearing distinctive clothes.

But kids are ingenious at working around the codes. They make fashion statements with decorations on their backpacks and binders, with low-key jewelry and with shoes.

In Schweinfurt, undershirts are hot. The uniform policy doesn&#8217;t address them, so kids can wear any color they like under their red, white or blue polo. Christopher said it is seriously cool for middle-school boys, once at school, to take off their shirts and expose their white T-shirts &#8212; which meet the dress code &#8212; like 1950s greasers.

The dress code offers enough wiggle room that schoolyard cliques can find ways to stand out. Ven&#233;e said one group at her school &#8212; she calls them the &#8220;ghetto girls&#8221; &#8212; stands out by wearing the same tight slacks with white shirts and blue sweat shirts. All very elitist, and perfectly legal under the code.

It is not lost on the kids, or their parents, that teachers and staff don&#8217;t have to follow a dress code.