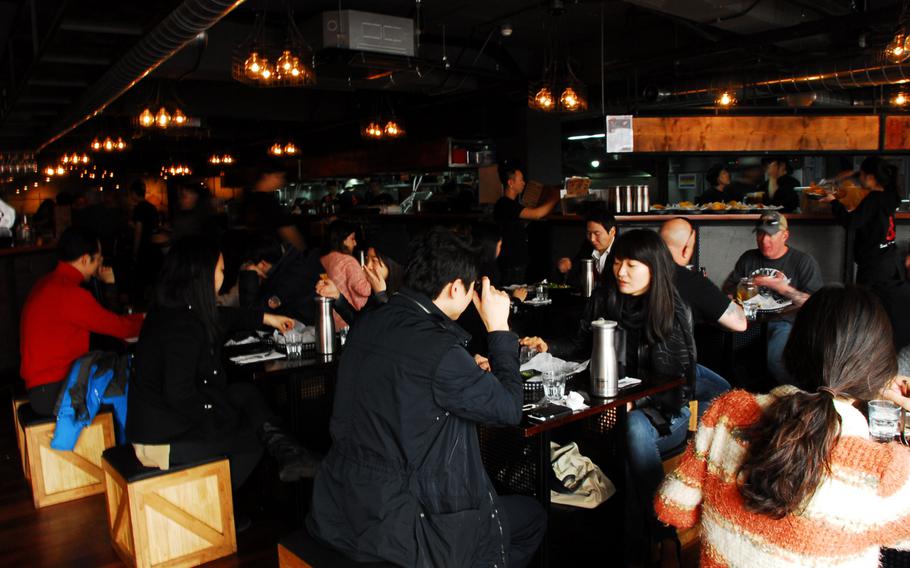 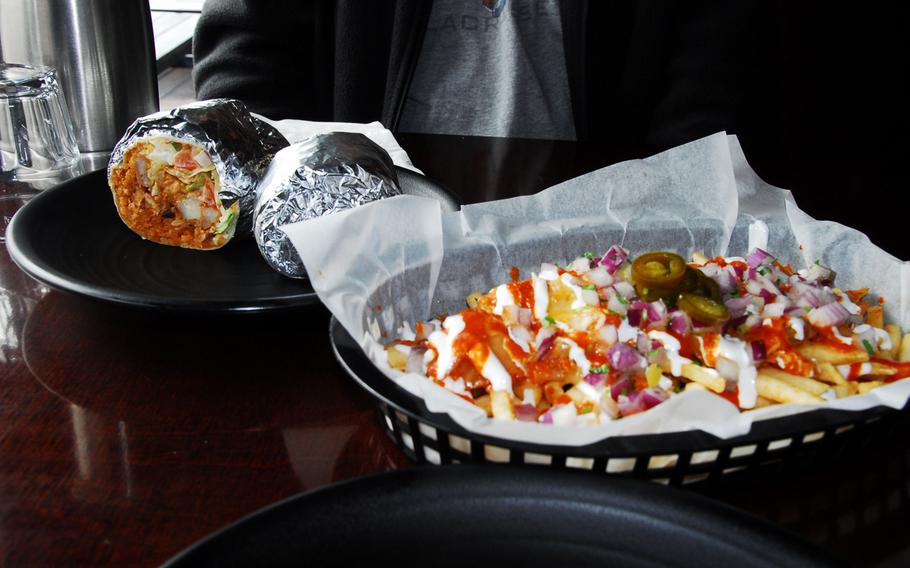 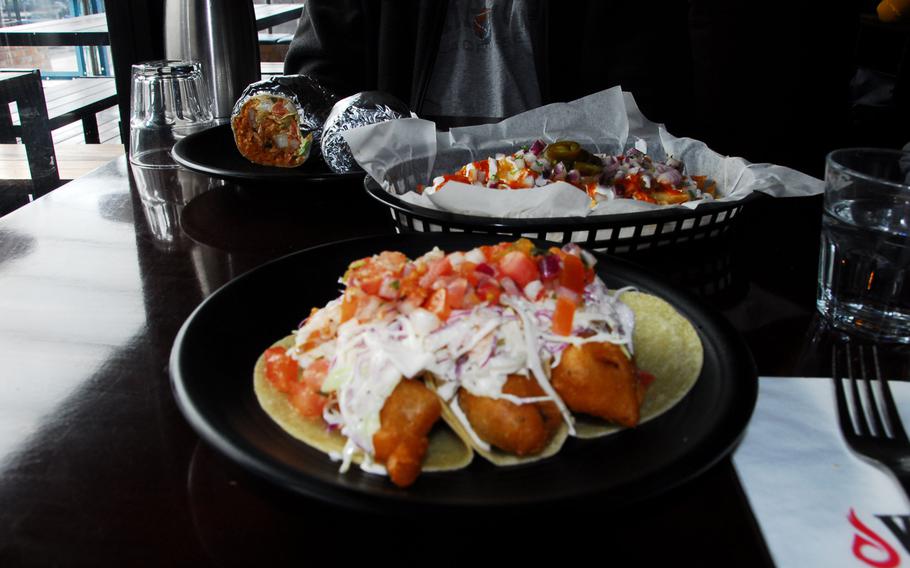 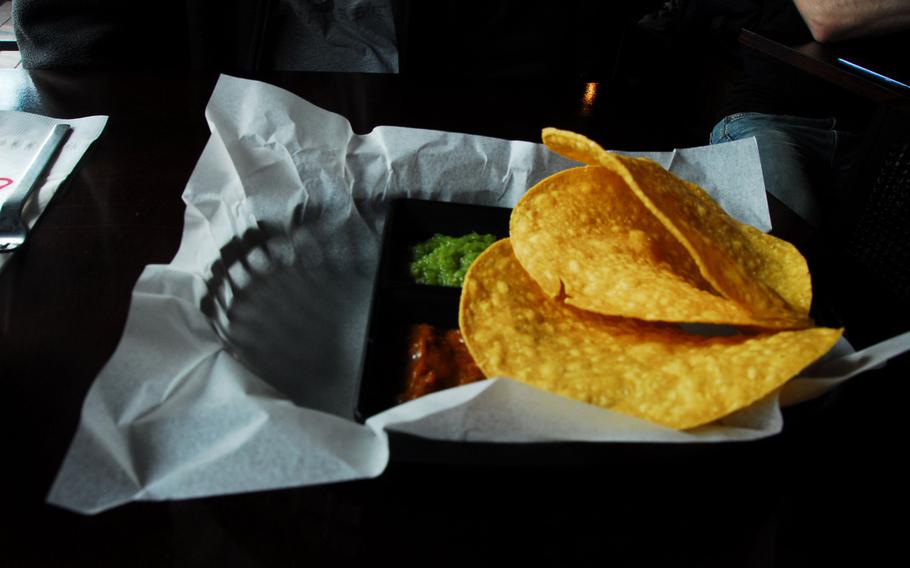 Chips are served with tomatillo salso verde and roasted onion chipotle salsa with each meal at Vatos Urban Tacos. (Ashley Rowland/Stars and Stripes)

You know a restaurant is good when you show up at 3 p.m. on a Saturday and, in a neighborhood packed with hundreds of bars and eateries of almost every possible cuisine, you have to wait 30 minutes.

Not that the wait was a surprise. I had tried for months to go to Vatos Urban Tacos in Itaewon after hearing raves about its Korean-influenced Tex-Mex menu, only to walk away each time when I saw the crowds milling around on the outdoor deck and lines stretching out the door.

Since opening a few years ago, Vatos, which could pass for a hip restaurant in any major U.S. city, has been popular with both expats and Koreans.

The menu includes starters, tacos, burritos and a handful of desserts like Nutella nachos (about $8). Like any respectable Mexican restaurant, Vatos has an extensive drinks menu that includes a wide selection of beers, generously sized margaritas and cocktails.

We started our meal with the Vatos Cowboy Queso (about $10) appetizer, a four-cheese blend with black beans and pico de gallo, accompanied by tortilla chips, that was hands-down the best thing we ordered. We also tried the baja fish tacos with apple slaw ($9) and chili lime shrimp tacos ($10). Both were delicious and perfectly crispy. The shrimp tacos, with their tangy soy vinaigrette and lime-cilantro sour cream, were sigh-inducingly good.

The menu also includes several quirky Korean-inspired dishes, from the galbi short rib tacos to the kimchi carnitas fries, a platter of pork, cheese and sauteed kimchi-smothered fries that friends have raved about. There is also the Makgeolita, a drink made with a traditional Korean rice wine.

If you have a big appetite, be forewarned that some portions are Korean-sized, meaning small. After inhaling half a bowl of cheese dip, my three tacos were enough to fill me up, but a hefty soldier type could easily down double that amount.

In true Korean style, the tables are jammed together so closely that it almost feels as if you are eating in a noisy high school cafeteria — a complaint easily overridden by the quality of the food.

The only real negative was the service. Wait staff were alternately pushy or oblivious, something we noticed as we walked to our table and nearly crashed into two servers who stopped in the middle of a busy aisle to talk, causing a pile-up of other customers and servers behind them.

Then, when we sat down, our server showed up within seconds demanding our order. We asked for time to look at the menu, and when she returned a few minutes later with note pad in hand, she belatedly asked if we wanted to see the menu listing the restaurant’s specials. Halfway through our meal, she picked up my half-empty soda can and waved it at me so I would pour the remainder in my glass and she could clear the offending aluminum can from the table.

Despite those snafus, I’ll still be heading back to Vatos, where my first order of business will be to order a Makgeolita to make the wait a little more interesting.

Vatos Urban Tacos, Itaewon, SeoulLocation: In Itaewon, roughly between Itaewon and Noksapyeong stations. Take exit 1 from Itaewon station, walk about five minutes toward U.S. Army Garrison Yongsan. Vatos Urban Tacos will be on your right, a short walk up a small hill easily visible from the main road and across the street catty-corner from McDonald’s.