After hours: Two great places to get maultaschen in Stuttgart 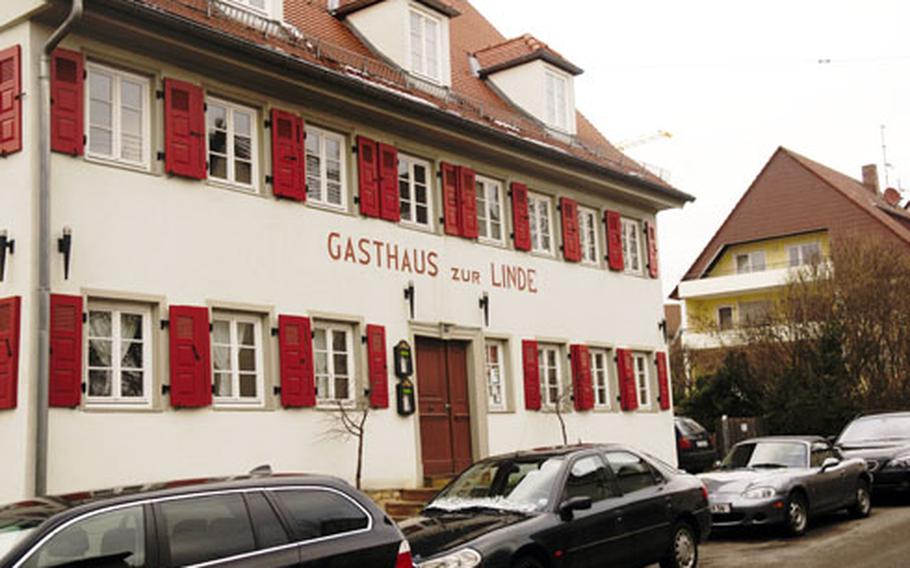 The Murrhardter Hof, above, in downtown Stuttgart, and the Gasthaus Zur Linde, below, in suburban Möhringen, are both well known for their maultaschen — also known as German ravioli. (Photos by John Vandiver/S&S)

The Murrhardter Hof, above, in downtown Stuttgart, and the Gasthaus Zur Linde, below, in suburban Möhringen, are both well known for their maultaschen — also known as German ravioli. (Photos by John Vandiver/S&S) 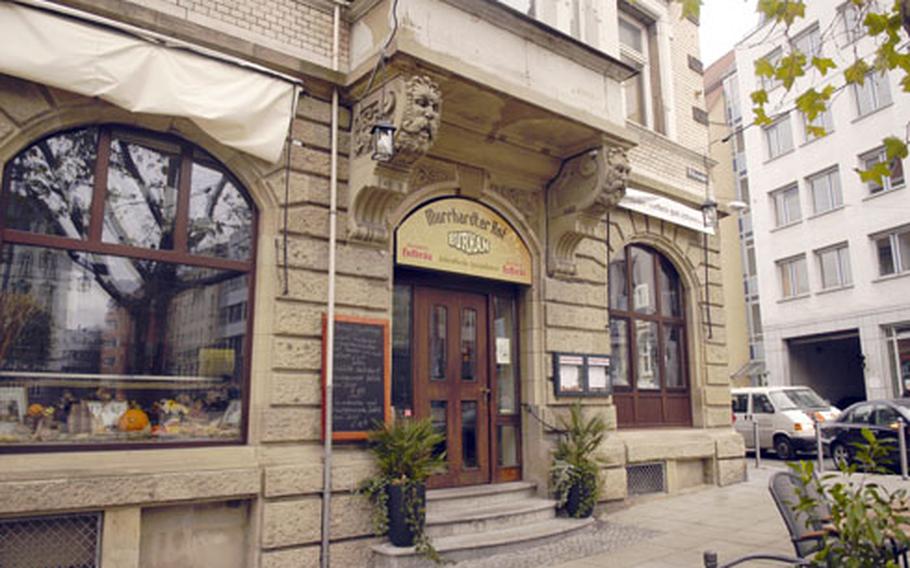 STUTTGART, Germany &#8212; When you walk up to the front door of the Gasthaus Zur Linde, it feels a little like heading to grandma&#8217;s for some home cooking. The restaurant, which specializes in the signature Swabian dish of maultaschen, has a rustic look that matches the old-time flavors it serves up in the suburban Stuttgart village of M&#246;hringen.

At another Swabian hot spot downtown &#8212; the Murrhardter Hof &#8212; you get a different feeling as you walk in the front door. In the heart of the city, it&#8217;s got an in-the-thick-of-it vibe. Situated alongside Stuttgart&#8217;s red light district, you may even pass a streetwalker on your way.

While the settings are worlds apart, both establishments are experts at maultaschen and bring their own flare to the ravioli-like food. Failing to settle on which place I preferred, I decided to highlight both for anyone wishing to sample this unique delicacy specialty of the Baden-W&#252;rttemberg region.

Maultaschen, which English menus will call German ravioli, has its roots in religion. The story goes that cooks during Lent were looking for a way to conceal the fact they were eating meat. The solution was to fill little pasta pockets with mixtures of meat fillings. The dish can be served in a broth or accompanied by various sauces. It is usually served with a side of potato salad.

At Gasthaus Zur Linde, I selected the maultaschen "surprise," which offered a selection of raviolis with different sauces. There was one with roasted onions. Another came with a wine and lentil sauce and a third was served over beets. Lots of flavor and not too heavy. All were superb.

Downtown at the Murrhardter Hof, I went for a more contemporary offering: Maultaschen from the Orient, which infused flavors from Asia to create a tangy tomato-based sauce.

It tasted great to me, but owner and chef Burhan Sabanoglu said he was disappointed with how it turned out. He offered a free shot of schnapps to make up for it. Naturally, I accepted.

Prices: At both Murrhardter Hof and the Gasthaus Zur Linde expect to spend between 12 and 20 euros per person. Both eateries offer a full menu of Swabian dishes. Reservations recommended if you&#8217;re going for dinner.

Dress: Business casual for both.