After Hours: Hoi Hoi Chicken near Yokota Air Base, Japan The mochiko chicken and loco moco from Hoi Hoi Chicken are served 'plate lunch' style, or from a box. Make sure to come hungry; the portions are not only heaping but delicious. (Charlie Reed/Stars and Stripes)

The mochiko chicken and loco moco from Hoi Hoi Chicken are served 'plate lunch' style, or from a box. Make sure to come hungry; the portions are not only heaping but delicious. (Charlie Reed/Stars and Stripes) 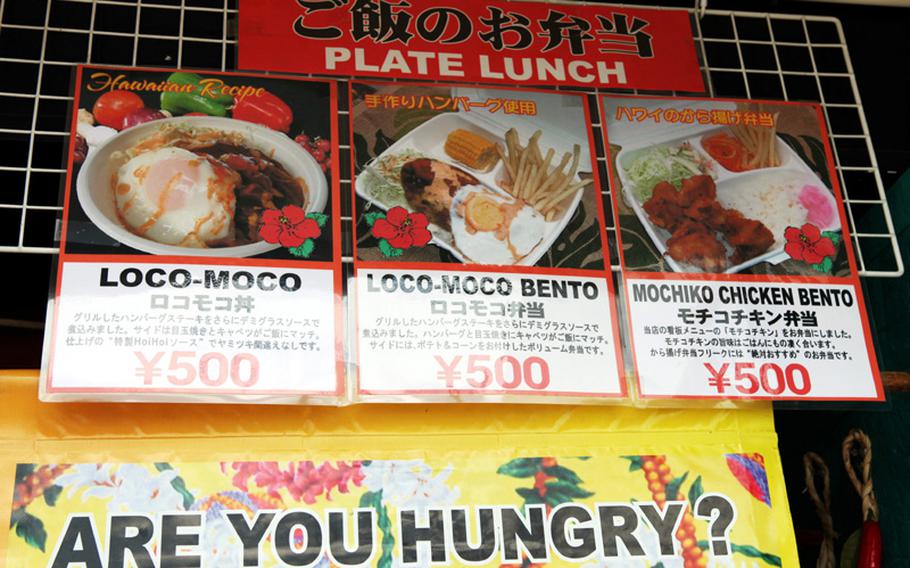 The sign in front of Hoi Hoi Chicken says it all. The Hawaiian fare is not only tasty but affordable. Go when you're hungry. (Grant Okubo/Stars and Stripes) 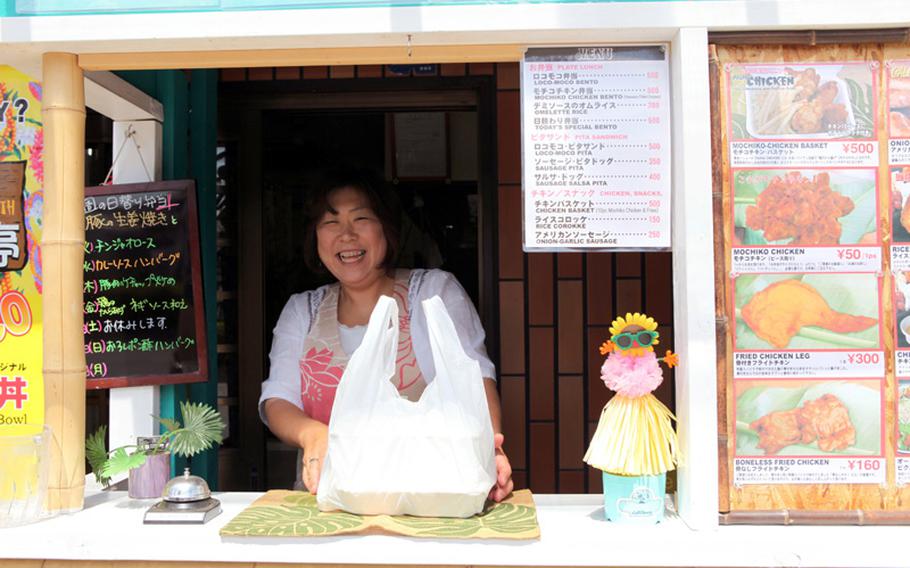 You get a smile with your Hawaiian food at Hoi Hoi Chicken in Hamura, just a five-minute drive from Yokota Air Base. (Grant Okubo/Stars and Stripes)

Hoi Hoi Chicken near Yokota Air Base, Japan, is not a place you take a date; it doesn&rsquo;t even have seating.

It is a place, however, where you can get Hawaiian classics such loco moco and mochiko chicken. Hoi Hoi serves its island fare &ldquo;plate-lunch&rdquo; style &mdash; in a to-go container filled with rice, macaroni salad and an entr&eacute;e. Plate lunch is uniquely Hawaiian, and food from a box never tasted so good.

Hawaiian cuisine is a combination of pan-Asian and American fare that&rsquo;s not too exotic (for all you picky eaters) but insanely delicious. The plate lunch can be a little heavy on the carbs and not exactly healthy, but it&rsquo;s worth every calorie.

Sure, folks may not travel to Hawaii for the eats. But once you&rsquo;ve had a taste, it&rsquo;s hard not to crave. Even President Barack Obama, a Hawaii native, is known to indulge in a plate lunch when he&rsquo;s in Hawaii.

And thanks to Hoi Hoi, you can get a taste of the Aloha State right here in Japan.

When the weather is nice, grab a plate lunch from Hoi Hoi and eat under a tree &mdash; it&rsquo;s a perfectly quick picnic during the workday. If Mother Nature isn&rsquo;t cooperating, the grub is equally as delicious eaten indoors.

Try the loco moco. It&rsquo;s a meat patty served with a fried egg and gravy, atop a bed of rice. It was just as tasty as the version I had plate &ldquo;lunching&rdquo; at the renowned Rainbow Drive-In on O&rsquo;hau this spring.

And Hoi Hoi&rsquo;s mochiko chicken is sure to please. It&rsquo;s breaded chicken chunks dredged in rice flour (mochiko is actually the Japanese word for rice flour) and fried to a golden brown.

Yes, it&rsquo;s basically fried chicken as we know it on the mainland. But the subtle hints of soy sauce, garlic and sesame in the batter give the crispy breaded nuggets a slightly sweet flavor, unlike anything I&rsquo;ve ever tasted.

I didn&rsquo;t try the mochiko chicken in Hawaii, so I can&rsquo;t attest to its authenticity at Hoi Hoi. Enter Grant Okubo &mdash; a U.S. soldier, fellow Stars and Stripes reporter and Hawaii native.

Mr. Hawaii, as I like to call him, contends Hoi Hoi&rsquo;s mochiko chicken and just about all its dishes are spot-on. &ldquo;They get it right,&rdquo; he said.

The plate lunches are huge &mdash; particularly for Japan &mdash; and run about 500 yen. They also have a few &ldquo;snack&rdquo; items such as onion-garlic sausages and a basket of mochiko chicken without the sides that range from 250 to 500 yen.

It ain&rsquo;t fancy, but it&rsquo;s oh so good.