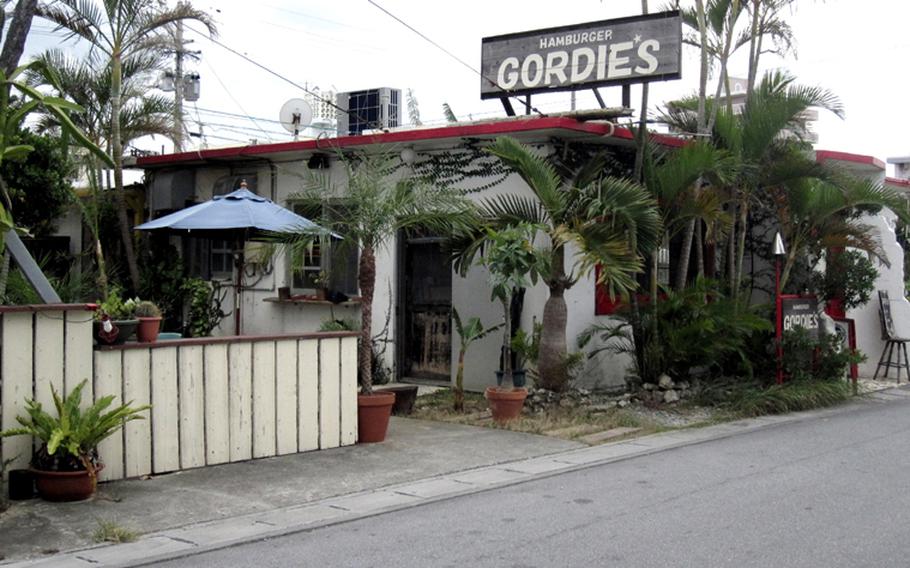 Buy Photo
Gordie's Hamburger is located a very short walk from the Sunabe Sea Wall on Okinawa. The patio includes a hammock where you can swing after your meal. (Matt Orr/Stars and Stripes)

Buy Photo
Gordie's Hamburger is located a very short walk from the Sunabe Sea Wall on Okinawa. The patio includes a hammock where you can swing after your meal. (Matt Orr/Stars and Stripes) 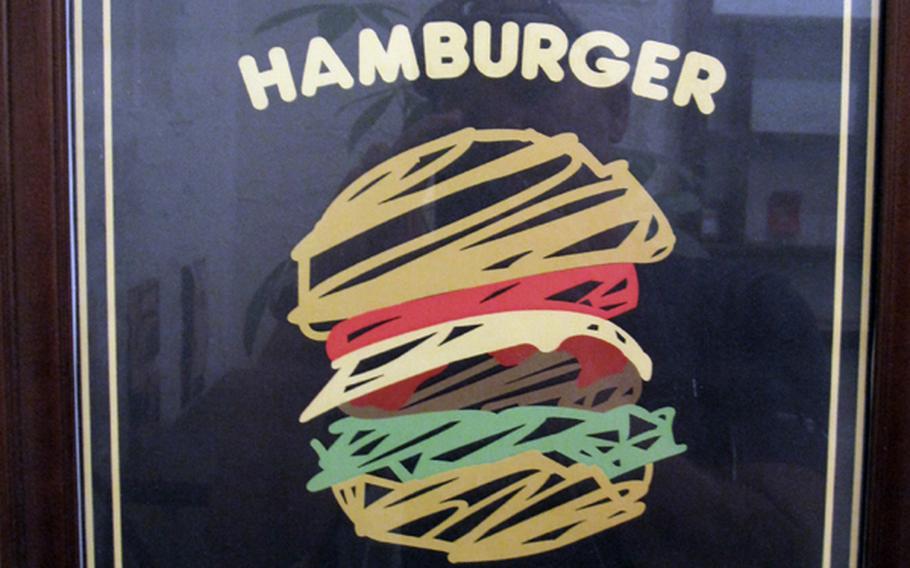 Buy Photo
Gordie's Hamburger's slogan is 'Homemade in Sincerity,' and the Okinawa restaurant certainly lives up to it. The American-style burgers are thick and juicy. (Matt Orr/Stars and Stripes) Buy Photo
The double beef cheeseburger at Gordie's Hamburger, which came with seasoned fries and a pickle, was delicious. (Matt Orr/Stars and Stripes) Buy Photo
When I dined at Gordie's Hamburger, I ordered the double beef cheeseburger, which came with seasoned fries and a pickle, and it was delicious. I washed it down with a chocolate milkshake, which was extremely good as well. (Matt Orr/Stars and Stripes)

The first thing I noticed when I walked into the restaurant was the eclectic array of chairs for the diners to sit on.

The last thing I remember as I walked out was being satisfied after eating a great homemade burger.

If you are on the hunt for a juicy American-style burger, then I have found just the place.

Nestled among the high-rise apartment buildings near the Sunabe Sea Wall, Gordie&rsquo;s Hamburger has been serving up homemade burgers and fries since 2007.

I was initially taken aback at the prices of the burgers &mdash; the Special Burger is 1,450 yen &mdash; but I guess I am still comparing prices to America. Hamburgers range from 650 to 1,450 yen; all come as a set and come with seasoned fries and a small cup of soup.

There are also hot dogs and a couple of salads as well.

I decided to go with the double burger, which, as the name suggests, was two beef patties slathered with ketchup and mustard and packed between a light, fluffy homemade white bun, and a chocolate milkshake.

Funnily enough, the mustard really brought the burger together. I would never have put mustard on a burger, but I will definitely be swiping some on the next burgers I cook at home.

The restaurant itself looks like it has been transformed from a residential house. Cinderblock walls have been carefully knocked down and painted, leaving outlines of where rooms once were.

The roomy space has numerous tables and a bar that seats about four to five, giving patrons a front-row seat to watch their burgers being cooked over the charcoal grill.

There is also a quaint outside area with a couple of tables and a hammock to swing in when the meal is over.

The restaurant accepts yen and dollars, but does not take credit cards. Parking is available on the street.

Gordie&rsquo;s prides itself on its burgers and certainly lives up to its slogan: &ldquo;Homemade in Sincerity.&rdquo;

Specialties: Need I say it? Their burgers.

Clientele: Both Japanese and American

Directions: From Gate 1 at Kadena Air Base, take a left on Highway 58 then an immediate right. Follow the road straight, then make your first right at the traffic light. Follow this road and you will see the Gordie&rsquo;s Hamburger sign on your left about five blocks down, at 100 Sunabe Chatan-cho.