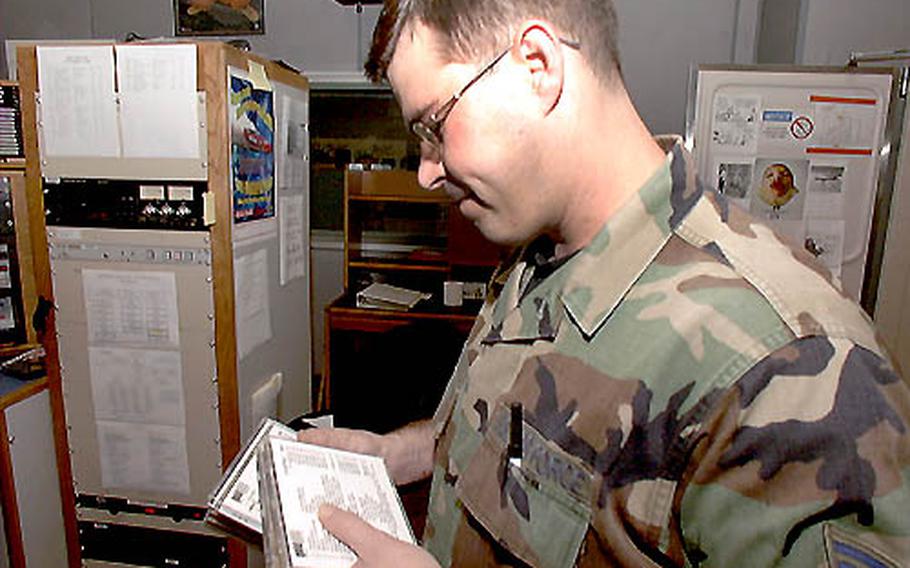 What do you get if you cross Metallica with Faith Hill, with running commentary by Rush Limbaugh and Dr. Laura?

AFN Eagle 810 AM radio broadcasts across the Kanto Plain to 50,000 listeners at Yokota Air Base, Yokosuka Naval Base, Camp Fuji, Camp Zama and Atsugi Naval Air Facility. Other stations bring the sound of home to U.S. bases from Okinawa to Iceland.

And because they have to be all things to all people, regional military radio stations face programming challenges unlike any commercial station, industry figures say.

Radio programmers in Japan and the United States say that, with such a diverse and large audience, Eagle 810 and other military stations have to make conscious choices about which audience they most want to reach.

&#8220;It has elements of a sports station, a news station and a music station. It covers many genres. It&#8217;s elusive,&#8221; said Shigeru Yamamoto, head of programming at Inter FM, one of just two Japanese commercial stations in the Kanto Plain area that broadcast predominantly in English.

&#8220;The trend in radio has always been to be a niche station, to be known as the place for country or adult contemporary or R&B,&#8221; said Christopher Parks, a programming executive in Los Angeles for one of the largest commercial radio ownership groups in the United States.

Parks said programming one station to serve an entire community would be almost impossible.

But Parks said some advantages come with being a radio station playing to military audiences overseas.

&#8220;If they&#8217;re the only station that gives American news, American sports and American music, then no matter how many listener complaints they might get, those listeners are going to keep listening.&#8221;

David Allen contributed to this story.

On-air: 24 hours a day, combination of live broadcasts and satellite feeds from the United States.

Location: Yokota Air Base, about 28 miles west of Tokyo.

Audience: About 50,000 military and civilian Department of Defense workers and families in the Kanto Plain; potential shadow Japanese audience of up to 1 million.