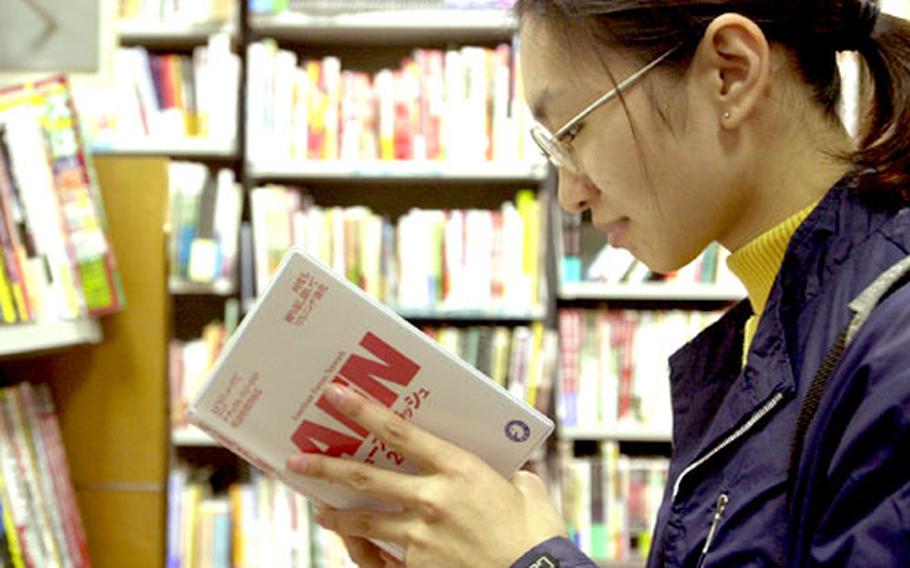 Whenever Paul Grundy drove to work on Okinawa, he jumped at the chance to crank up his car stereo&#8217;s volume.

The Harlow, England, native didn&#8217;t care for Okinawa radio much, so that left him with one option: the American Forces Network&#8217;s WAVE-FM or AM.

Until he moved to Shanghai, China, recently after a three-year stint teaching in Japanese schools on Okinawa, Grundy was part of AFN&#8217;s &#8220;shadow audience&#8221; - listeners who are not Defense Department employees, governed by the Status of Forces Agreement or granted base access.

Base AFNs have shadow audiences because radio frequencies float beyond base gates. Listeners such as Grundy tune in for the music, but Kim Chong-ho in Seoul listens for a different reason.

Kazuaki Yokota, a 33-year-old computer engineer from Ome, Japan, said he also listens to AFN radio to improve his English.

But it&#8217;s difficult to measure the listening audience.

Doug Smith, a former AFN Tokyo station manager, said he was unsure how far the station&#8217;s signal reached but knew it blanketed &#8220;the entire Kanto Plain.&#8221; That includes Tokyo, the world&#8217;s largest city with about 12 million residents.

Okinawa&#8217;s 1.3 million people can pick up WAVE-FM and AM all over the island. The AM signal is heard throughout the island prefecture - and beyond.

&#8220;We know our shadow audience is large because we get a lot of calls from Okinawans whenever we have a maintenance problem and go off the air,&#8221; said Alan Armitage, the station&#8217;s volunteer operations manager.

&#8220;I&#8217;ve gotten postcards from people in Sweden and China who have tuned us in,&#8221; Marine 1st Sgt. Alan Moore, station manager, said of the AM signal. Since AM signals bounce off the atmosphere, they can be picked up virtually anywhere in the northern hemisphere, under the right conditions.

&#8220;We occasionally hear from a Japanese listener asking for a certain song, and we hear from many Air Self-Defense Forces people here on base, too,&#8221; said Navy Seaman Red Scofield, a former host of AFN Misawa&#8217;s afternoon radio show.

But knowing his voice carries well over the fence into the Misawa community gives Scofield cause to pause and think about the impact of his words.

&#8220;A lot of the young generation, like college students or young men working in companies, they are listening to AFN radio,&#8221; said Yi Hui-cha, television scheduling coordinator for AFN Korea.

One reason not cited for listening by any &#8220;shadow&#8221; member interviewed was AFN&#8217;s primary mission: command information.

The shadow audience listens to AFN to keep in touch with the music scene back in the United States - or to be as close as they can get.