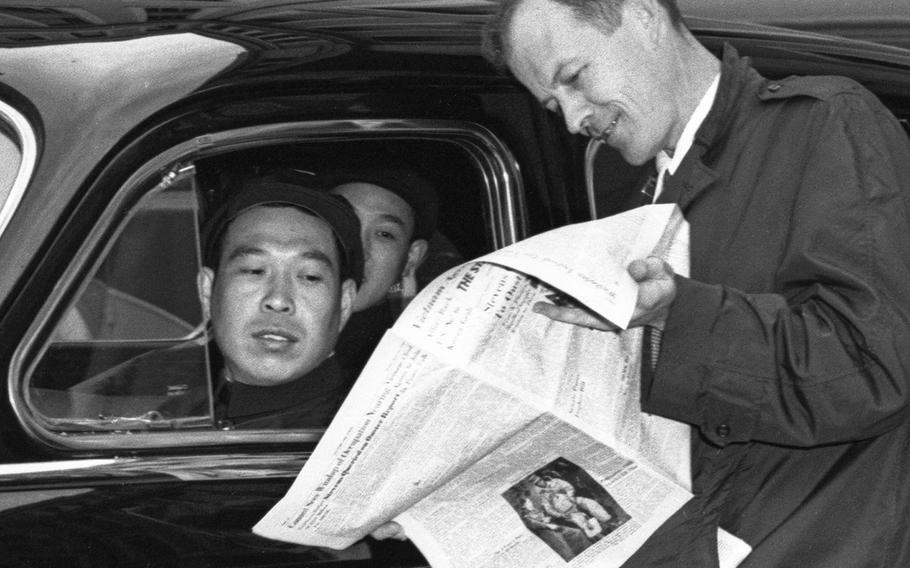 ©Stars and StripesGeneva, Switzerland, April, 1954: A driver for Premier Zhou Enlai's Communist Chinese delegation to the Geneva foreign ministers' conference seems quite interested as he's shown a picture of himself in Stars and Stripes by staff photographer Ed Killpack. The driver was told he could have the paper, but possibly in the belief that "the journey to a thousand re-education camps begins with a single copy of Stars and Stripes being found in the car by Zhou Enlai," he muttered what sounded like a refusal and turned away.