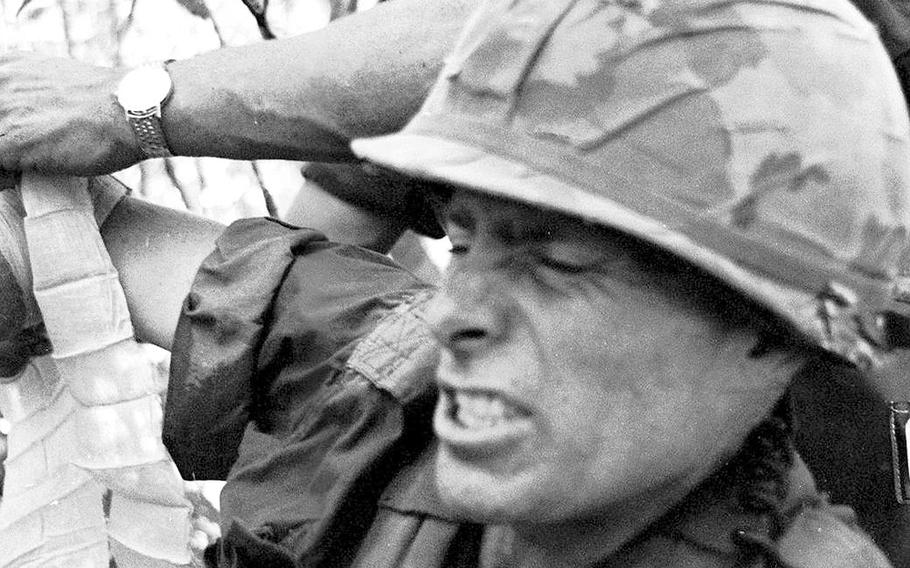 Kim Ki Sam ©Stars and StripesSouth Vietnam, 1966: Battalion commander Maj. Guy Meloy III grimaces as his wounded arm is bandaged by a 1st Battalion, 27th Infantry "Wolfhounds" radioman during fighting in an area near Dau Tieng. Meloy, the son of the former commander of U.S. Forces in Korea, eventually rose to the rank of major general; according to his 2013 obituary, "among his more than 60 awards and decorations were a Distinguished Service Cross (for Dau Tieng), Distinguished Service Medal, a Silver Star, three Distinguished Flying Crosses, three Bronze Star Medals for valor, and two Purple Hearts."

RELATED MATERIAL: Stars and Stripes' 1966 first-person story about the battle.