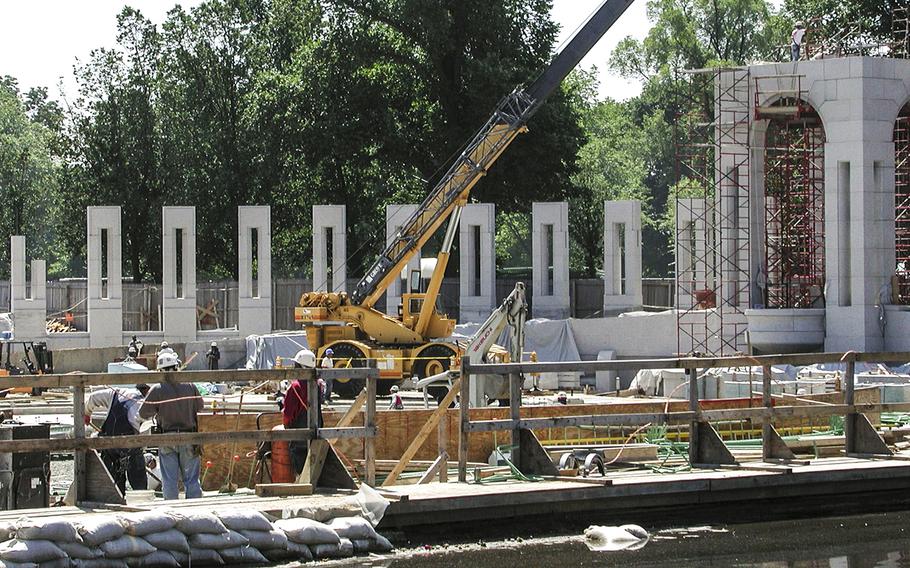 ©Stars and StripesWashington, D.C., June, 2003: Construction continues on the National World War II Memorial on the National Mall, 11 months before its opening. The memorial, which was completed 11 years after its authorization by Congress and 59 years after the war's end, honors the 16 million Americans who served in World War II, including more than 400,000 who gave their lives. It is now one of the most-visited sites in the nation's capital.