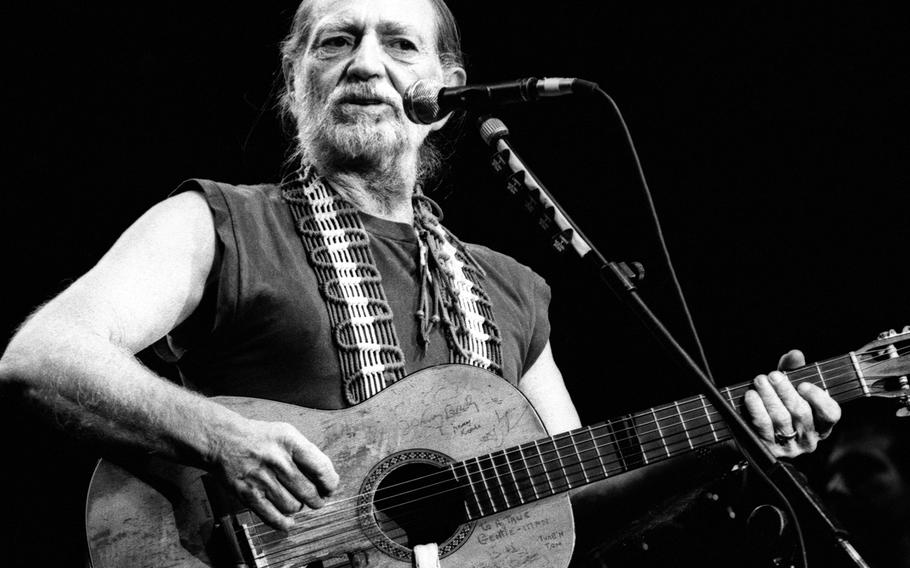 Michael Abrams ©Stars and StripesFrankfurt, Germany, May, 1996: Country music superstar Willie Nelson, onstage during a two-hour performance at Frankfurt's Alte Oper. Nelson's show was well received, with a Stars and Stripes reviewer noting that "this was honky-tonk grunge, designed for dancing, drinking and fighting, and Nelson was the ringleader. His lead guitar work surprised and pleased the crowd, who must have expected him to strum his way through the night."