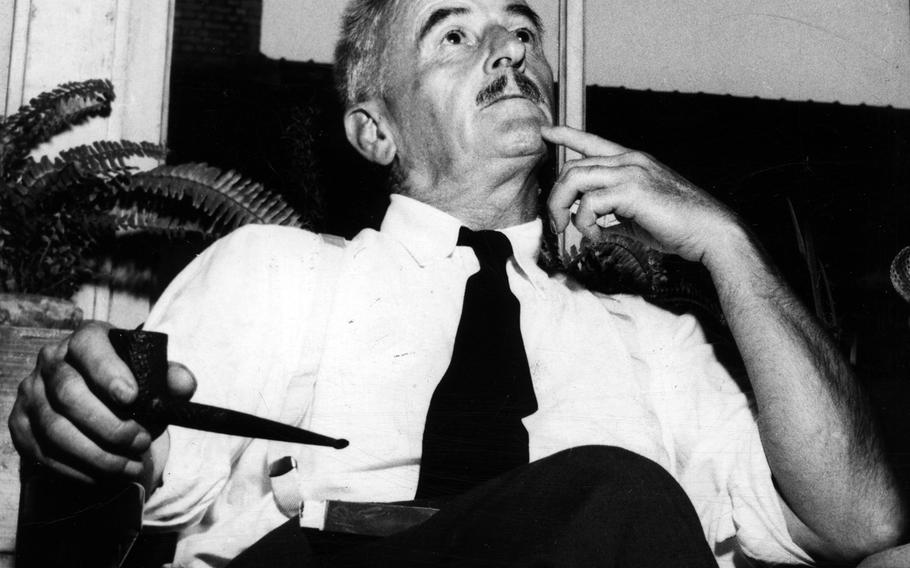 ©Stars and StripesTokyo, August, 1955: Author William Faulkner talks to reporters during a visit to Japan, where he was one of the speakers at a three-week American literature seminar. Faulkner, the 1949 winner of the Nobel Prize for literature and a two-time Pulitzer Prize recipient, said there was little chance he would expand his observations about Japan into a book. "I don't think anyone can assimilate a country in three weeks," he said.