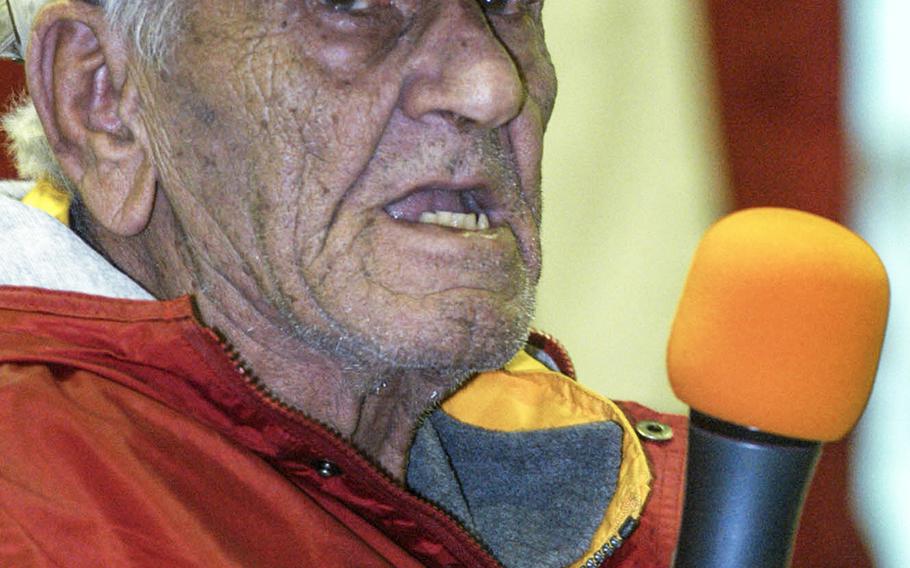 Michael Abrams ©Stars and StripesHanau, Germany, December, 2004: William "Wild Bill" Guarnere of the famed World War II "Band of Brothers" speaks at an event hosted by the 127th Aviation Support Battalion. Guarnere and five other veterans of Company E, 2nd Battalion, 506th Parachute Infantry Regiment were on their way to Bastogne, Belgium, for the 60th anniversary of the Battle of the Bulge.