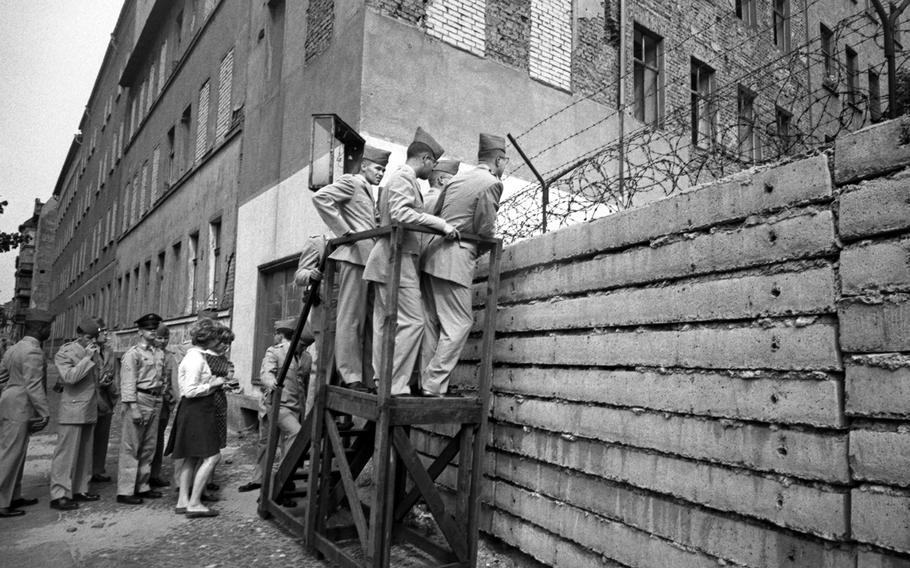 Gus Schuettler ©Stars and StripesBerlin, August, 1964: West Point cadets, more than 600 of whom who were spending a month with USAREUR tactical units as "3rd lieutenants," line up with other visitors take a look across the still-basic Berlin Wall. In the next few years, buildings like the one in the background were razed, the wall fortified, and the surrounding area turned into a no-man's land in which dozens of would-be escapees were killed.