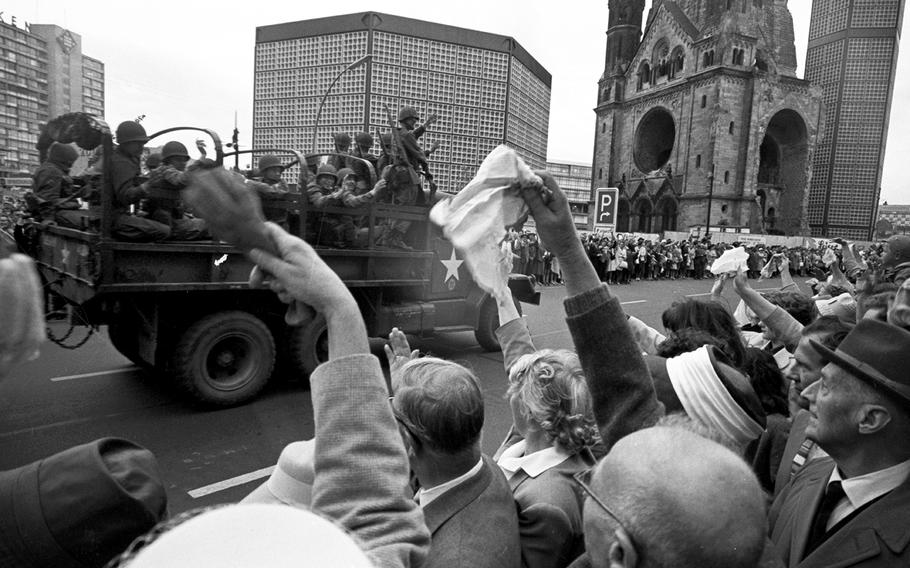 Gus Schuettler ©Stars and StripesBerlin, Germany, August, 1961: West Berliners cheer as a 1,500-man U.S. Army convoy from the 1st Battle Group rolls past the ruins of the Kaiser Wilhelm Church. The troops were sent to join the 11,000-man garrison already in the beleaguered city by President John F. Kennedy in a show of solidarity; they were greeted near the newly-constructed Berlin Wall by Vice President Lyndon Johnson.