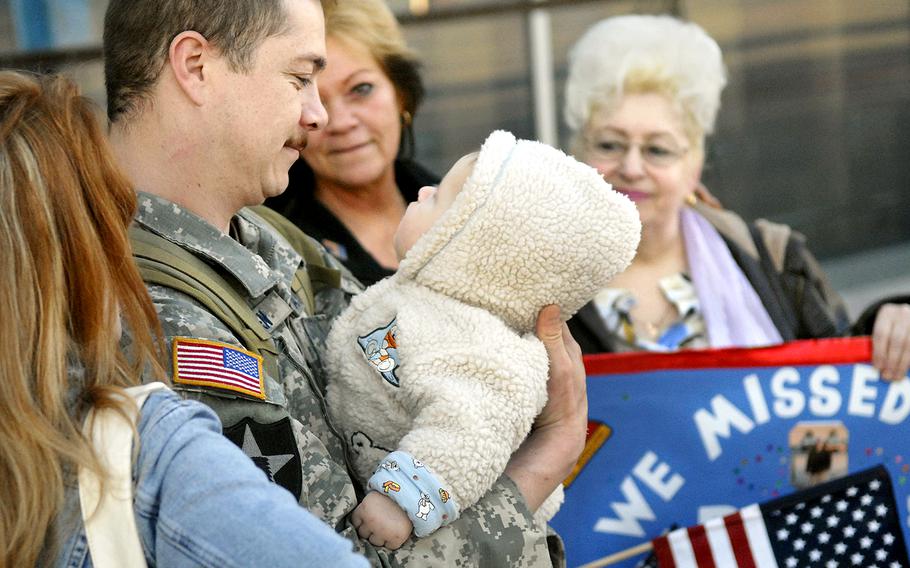 Ben Bloker ©Stars and StripesFrankfurt, Germany, April, 2007: Tech. Sgt. Adam Jensen, a joint terminal attack controller assigned to the 1st Air Support Operations Squadron at Ramstein Air Base, enjoys gazing into the eyes of his seven-month-old son, Cayden, after returning home Saturday from a six-month deployment to Baghdad. Jensen is surrounded by his wife, Aljona, foreground, his mother Darlene, center, and his mother-in-law Katerina, right.