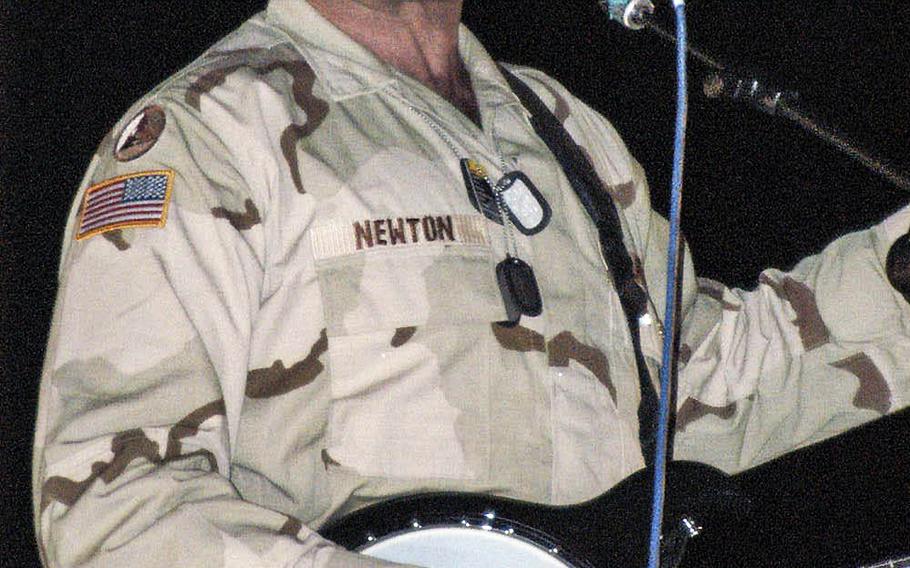 Juliana Gittler ©Stars and StripesIraq, October, 2004: Music superstar Wayne Newton performs for service members at LSA Anaconda during a USO Variety Tour that also featured country singer Neal McCoy. Newton's history of visiting the troops goes back to the Vietnam War, and has continued through conflicts in Lebanon, Bosnia, Iraq and Afghanistan.