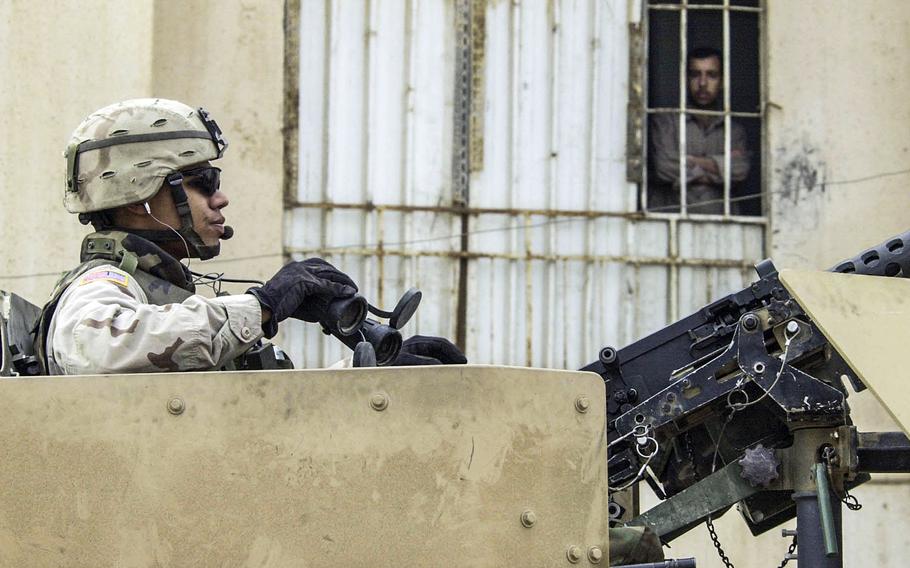 Joseph Giordono ©Stars and StripesRamadi, Iraq, January, 2005: Pfc. Matthew Thacker, of 1st Battalion, 9th Infantry, keeps watch as an Iraqi man peers from an apartment window. U.S. soldiers were blanketing Ramadi with information on the upcoming elections, trying to encourage people to vote in a city where security of polling sites was threatened by insurgents. "Sometimes they were greeted by smiles, sometimes by indifference and sometimes by hostile glares," a Stars and Stripes story noted.