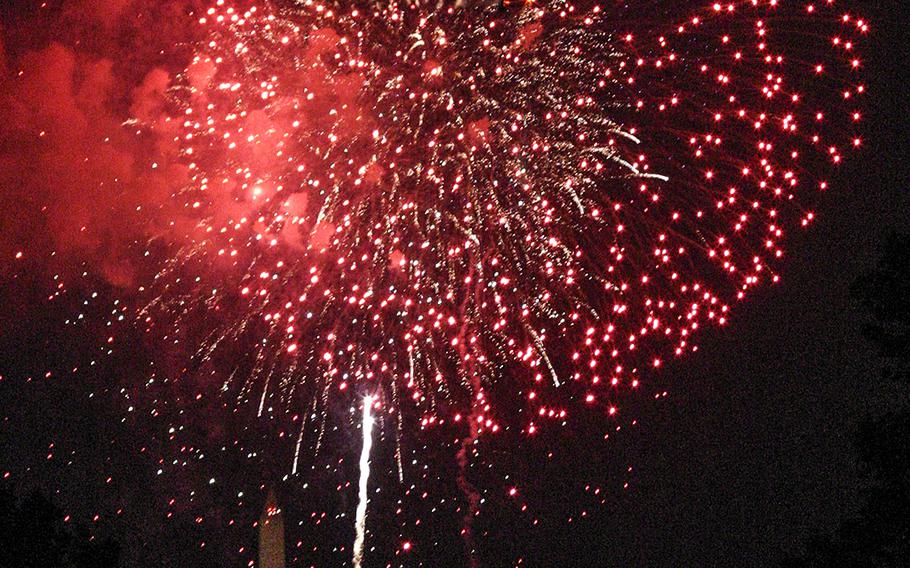 ©Stars and StripesArlington, Va., July, 2005: Fireworks explode over the National Mall in Washington, D.C., during the annual Independence Day display, as viewed from the area of the U.S. Marine Corps War Memorial across the Potomac River in Arlington. A closer look at the aerial burst reveals the silhouette of a plane about to land at Reagan National Airport.