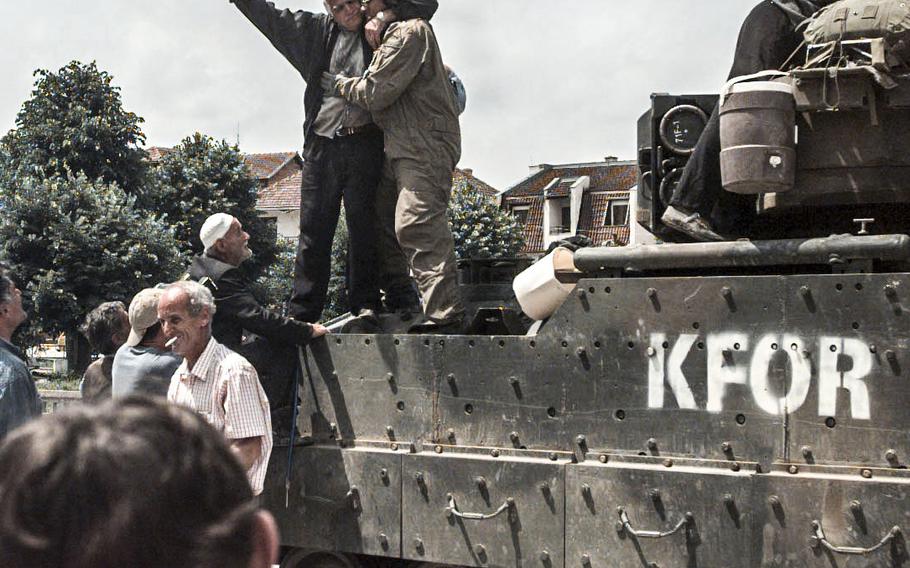 Ron Alvey ©Stars and StripesVitina, Kosovo, June, 1999: A few days after the acceptance of a peace agreement that halted fighting in Kosovo, Spc. Leon Richardson of D Company, 1st Battalion, 6th Infantry Regiment of the 1st Armored Division, receives a big hug from a resident of Vitina. The U.S. soldiers, part of the Initial Entry Force of peacekeepers, conducted a presence patrol through the town and received flowers, cookies and a cucumber as tokens of appreciation. Numerous times the crowd chanted, "NATO, NATO" and "U.S.A."

RELATED MATERIAL:A July, 1999 story about the peacekeeping effort in Kosovo.