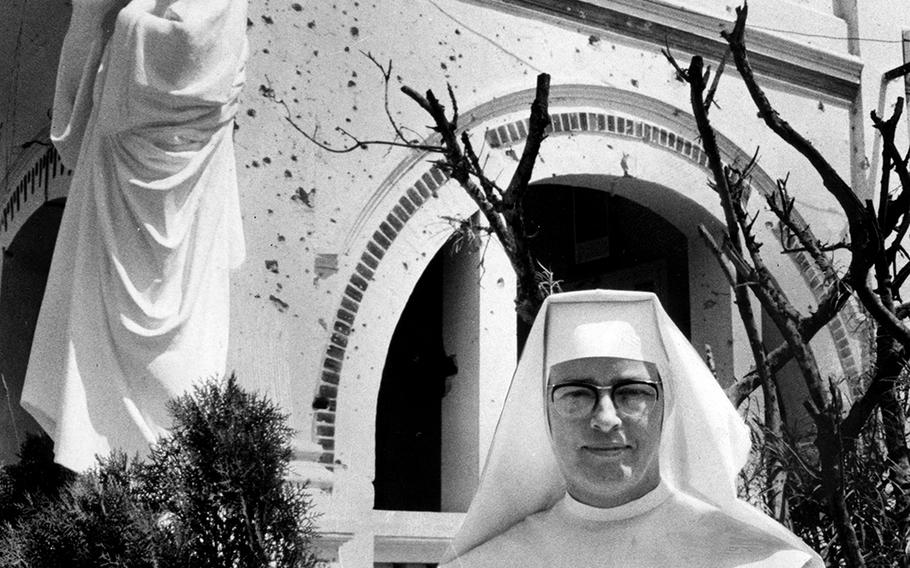 Russ Anderson ©Stars and StripesVinh Long, South Vietnam, April, 1968: Sister Mary stands in front of the bullet-riddled entrance to the convent and school she oversees near the U.S. air base at Vinh Long. The nuns and students were rescued from Viet Cong attackers by American troops during the Tet offensive, but Sister Mary said of the Communists, "They'll be back ... I know it and my girls know it. And we don't know what to do about it."