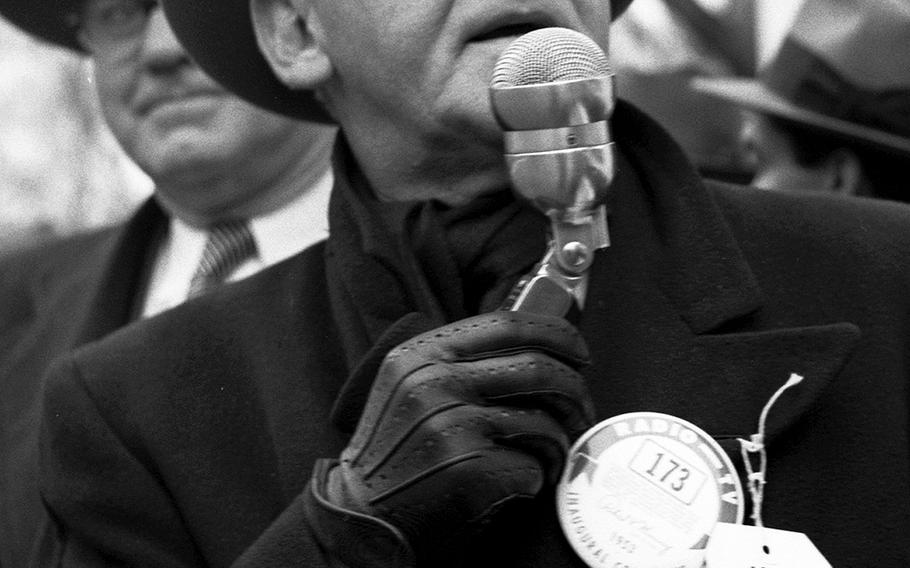 Red Grandy ©Stars and StripesWashington, D.C., January, 1953: Walter Winchell broadcasts to "Mr. and Mrs. America and all the ships at sea" from Pennsylvania Avenue, near the White House, during President Dwight D. Eisenhower's inaugural parade. Winchell was one of the most powerful media figures of his time; his column was carried in over 2,000 papers, and his radio broadcasts were heard by millions of people in the 1940s. Stars and Stripes photographer Red Grandy, despite lacking the proper credentials, talked his way onto a flatbed truck for the inaugural parade, and ended up watching the festivities from Winchell's special area.