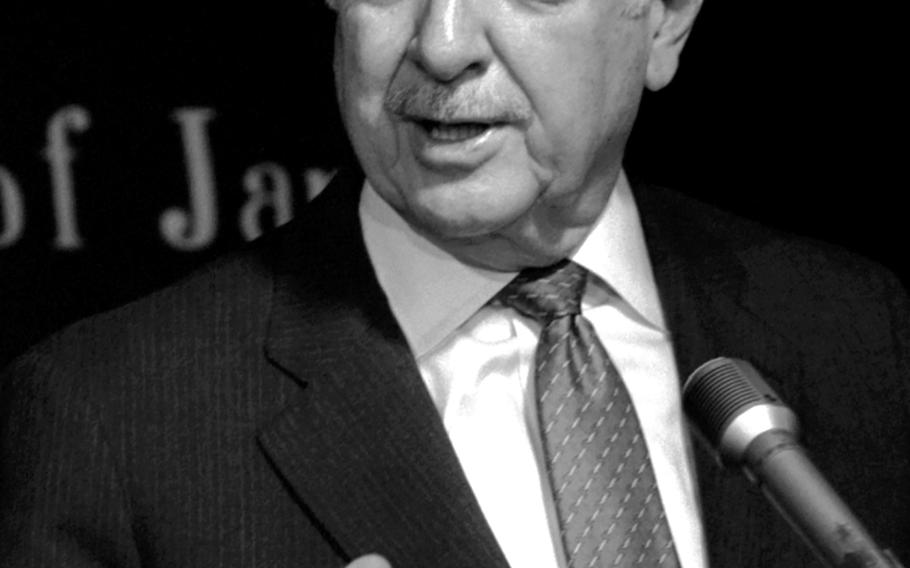 Harold J. China ©Stars and StripesTokyo, May, 1981: Walter Cronkite, known as "the most trusted man in America" during his career as a CBS News anchorman, addresses the Foreign Correspondents Club of Japan. Cronkite criticized the use of anonymous sources in news reports, saying, "if a story can't be pinned to a source by attribution, or at least by fairly direct means, I don't think we ought to be using those stories."