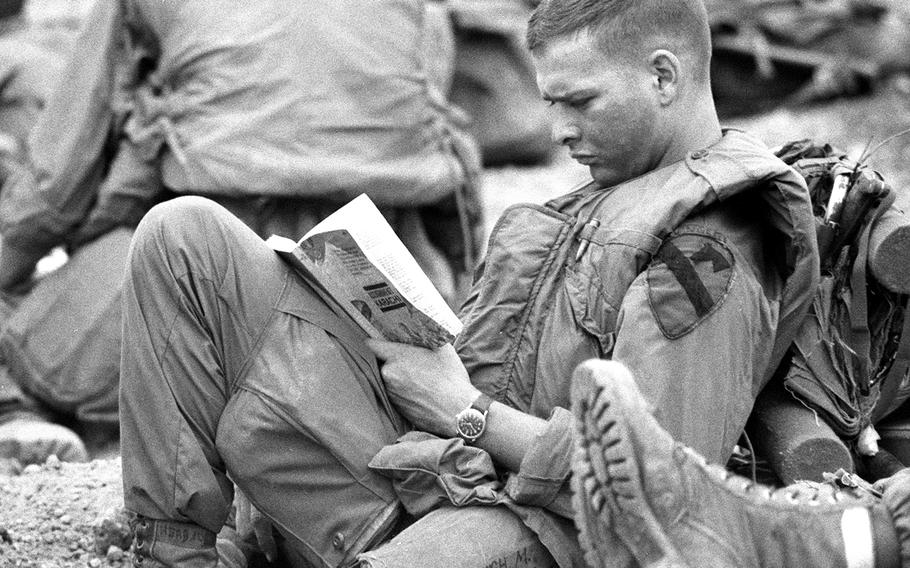 John Olson ©Stars and StripesSouth Vietnam, April, 1968: A soldier from 2nd Battalion, 12th Cavalry, 1st Cavalry Division reads a book as he waits to be airlifted to Landing Zone Timothy during Operation Pegasus, a 20,000-man effort to relieve Marines at the beleaguered combat base at Khe Sanh. The book he's reading is the Edward S. Aarons novel "Assignment: Karachi," one in a series of Cold War thrillers featuring CIA agent Sam Durrell.