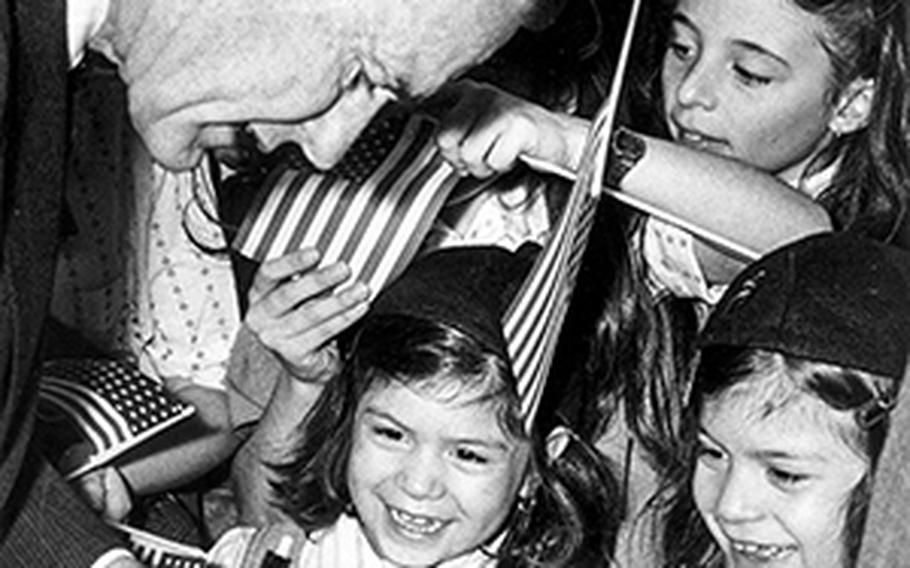 Red Grandy ©Stars and StripesBonn, West Germany, January, 1983: Vice President George H.W. Bush, in Bonn for talks with German Chancellor Helmut Kohl, signs autographs for a group of Girl Scouts during a meeting with American dependents. Disarmament efforts were the focus of Bush's discussions with Kohl, and Bush said the "zero option" — the withdrawal of all Soviet and U.S. nuclear intermediate-range missiles from Europe — was "a valid, moral position. What could be better than to banish a generation of weapons from the Earth?"