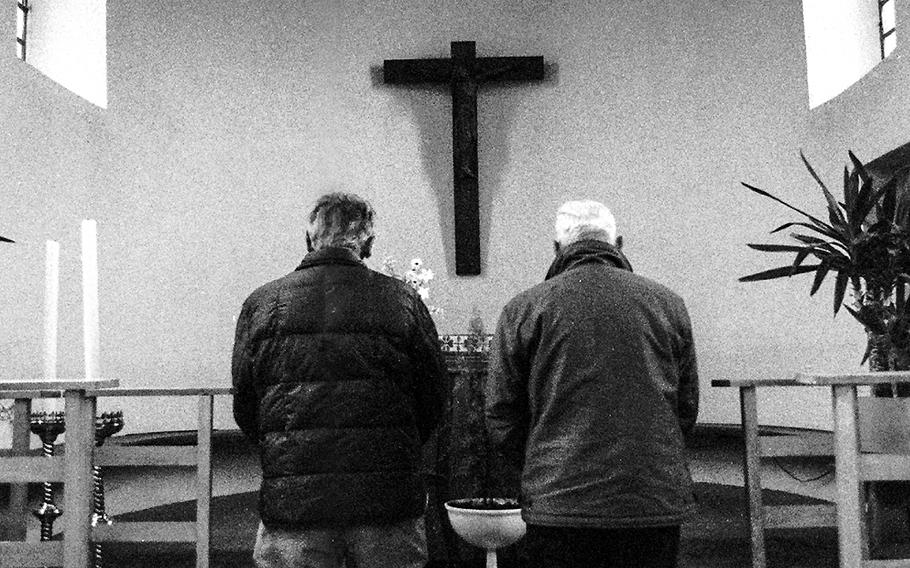 Ken George ©Stars and StripesBastogne, Belgium, December, 1988: Two U.S. veterans of the Battle of the Bulge, visiting Bastogne 44 years later for a reunion, stop to pray in a rural church. The Battle of the Bulge, in December, 1944, was Hitler's final, desperate push in World War II. By the time it ended, the U.S. had suffered about 80,000 casualties (including 19,000 killed) and the Germans about 100,000 killed, wounded or captured. Seventeen Americans were awarded the Medal of Honor for their efforts around Bastogne.