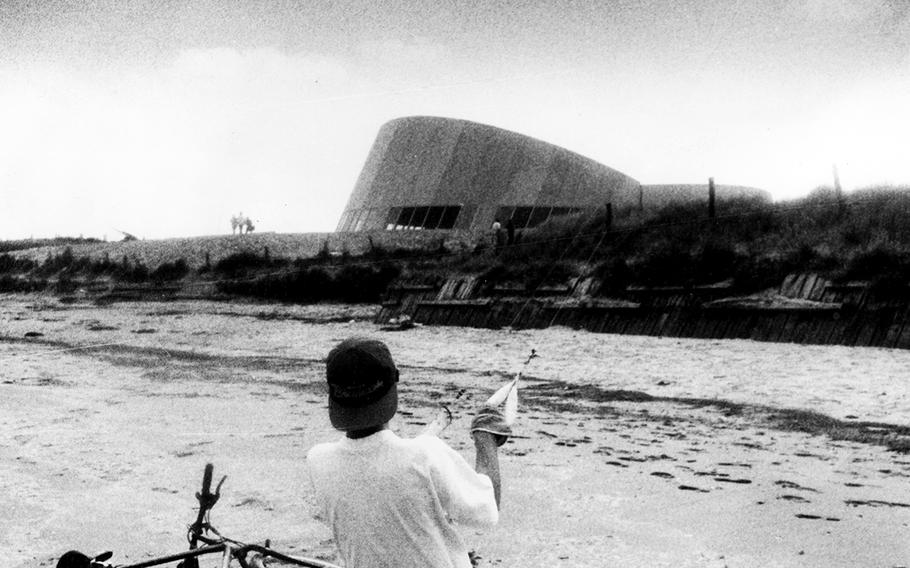 Ken George ©Stars and StripesNormandy, France, June, 1994: Fifty years after allied troops landed on Utah Beach on D-Day to begin the push toward Berlin that ended World War II in Europe, a boy engages in the kind of struggle beaches are more suited for — attempting to control a kite against the winds of a gathering storm.