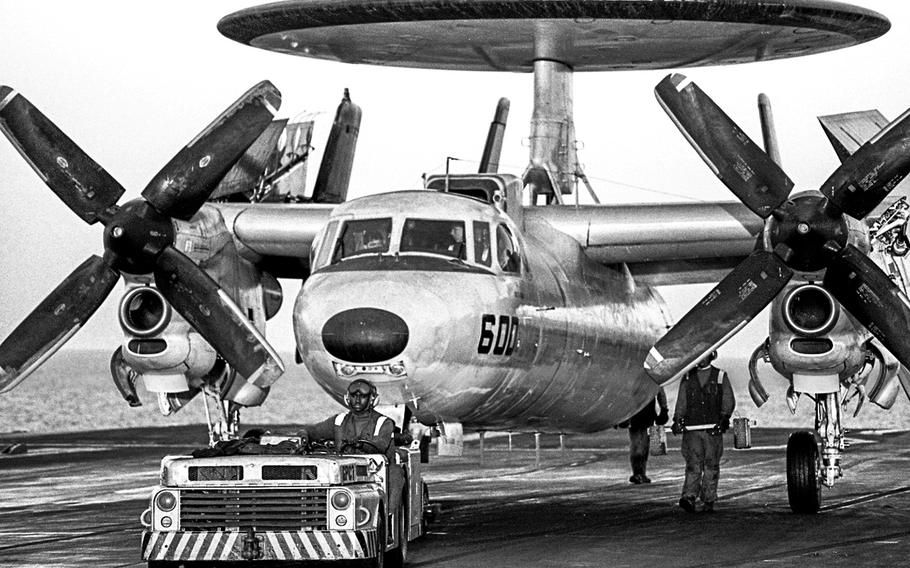 Rob Jagodzinski ©Stars and StripesRed Sea, November, 1990: An E-2C Hawkeye early warning aircraft is towed along the flight deck of the USS Saratoga during Operation Desert Shield, the prelude to the Gulf War. The Hawkeye, with its large radar dome, was said to be capable of monitoring any flight activity within 500 miles of the carrier.