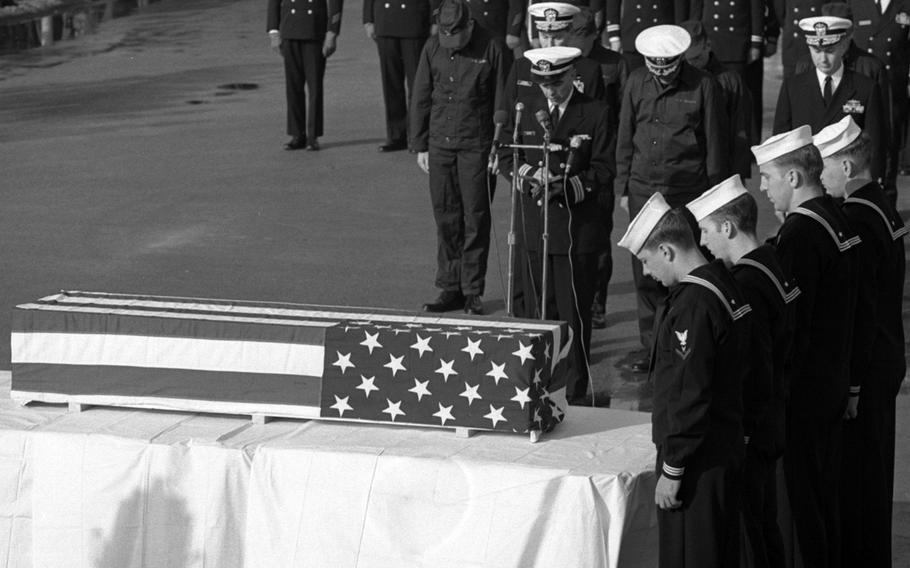 Chung Tae Won ©Stars and StripesKimpo Air Base, South Korea, December, 1968: As Cmdr. Lloyd Bucher and his crew of newly-freed USS Pueblo sailors prepare to go home after 11 months in North Korea, a memorial service is conducted for Navy Fireman Duane D. Hodges, who was wounded during the intelligence ship's capture and later died in prison. The Pueblo was captured 50 years ago this week, on Jan. 23, 1968.

RELATED MATERIAL: Stars and Stripes' 1968 story about the Pueblo crew.