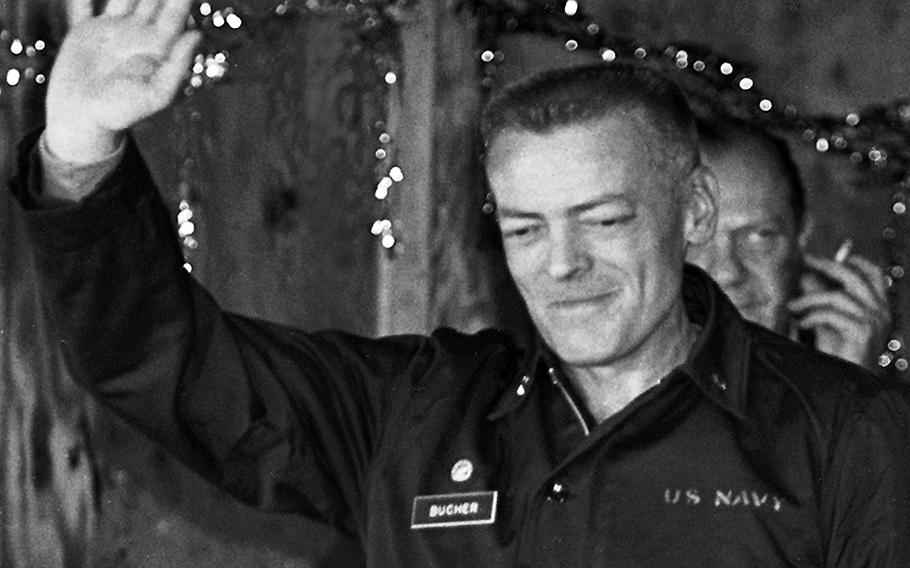 Pete Vegell ©Stars and StripesPanmunjom, Korea, December 23, 1968: Cmdr. Lloyd M. Bucher, captain of the USS Pueblo, waves as he arrives at the NCO Club on the U.S. advance base near Panmunjom for a press conference following the release of the ship's crew from captivity in North Korea. The U.S. spy ship was seized by the North Koreans off the port of Wonsan on January 23, 1968, setting off 11 months of negotiations and accusations. The U.S. eventually signed a document saying the ship had strayed into North Korean waters while conducting intelligence activities, but after the crew's release American authorities quickly stated that they made the admission only to free the crew. At the press conference, Bucher also said the Pueblo had never gone within 13 miles of the coastline.