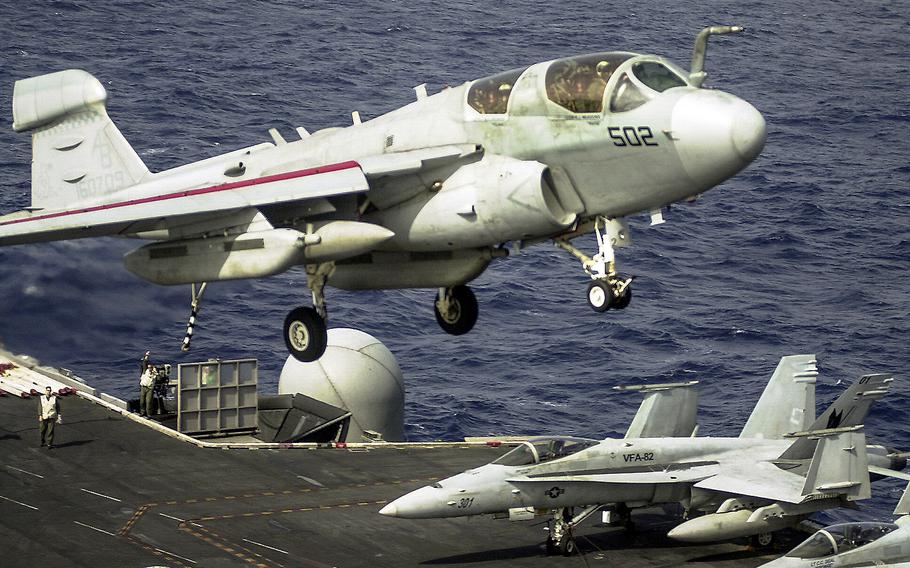 Scott Schonauer ©Stars and StripesEastern Atlantic Ocean, July, 2004: A Navy Prowler flies away from the USS Enterprise flight deck to make another attempt at a landing. According to a Stars and Stripes story, the navy's new Fleet Response Plan would mean big changes for the 42-year-old Enterprise and its crew. The plan's "quick and relatively short deployments will require sailors and their families to be more flexible, but the new concept also will change the way crews maintain their warships," the story said. "How will an aging ship such as the Enterprise hold up under shorter maintenance periods and the swift deployments?"

RELATED MATERIAL: Stars and Stripes' 2004 story about the Enterprise and the Fleet Response Plan.