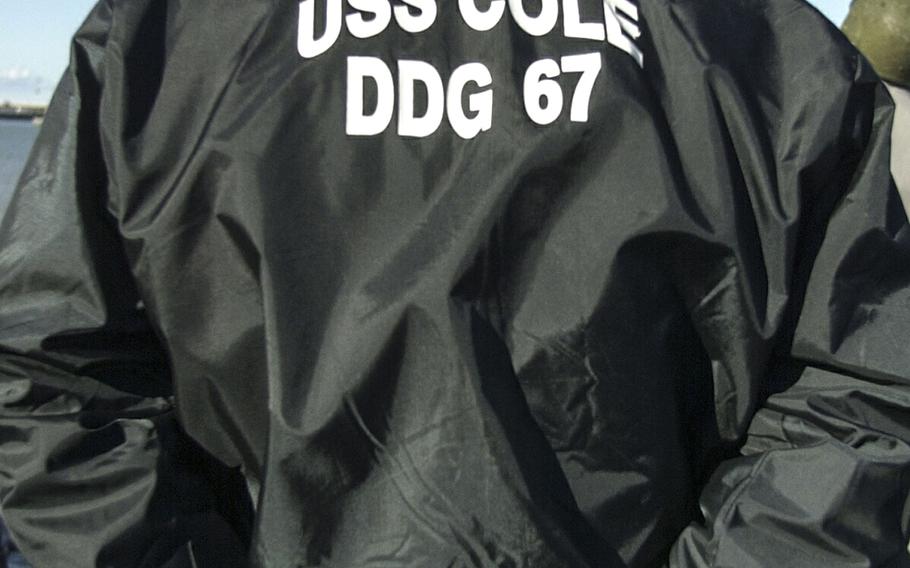 Scott Schonauer ©Stars and StripesRota, Spain, December, 2003: A sailor stands on the deck of the guided-missile destroyer USS Cole as it departs Naval Station Rota. The Cole was on its first overseas deployment since the Oct. 12, 2000 terrorist bombing in Yemen that killed 17 of its sailors and wounded 39 others. A Stars and Stripes story noted that extraordinary security measures were in place, but crew members "also bring a certain attitude and swagger. As Petty Officer 3rd Class John Tabor manned a .50-caliber machine gun on the deck, he said, 'For those who want to try something, I have an itchy trigger finger.'"

RELATED MATERIAL: Stars and Stripes; 2003 story about the USS Cole at Rota.