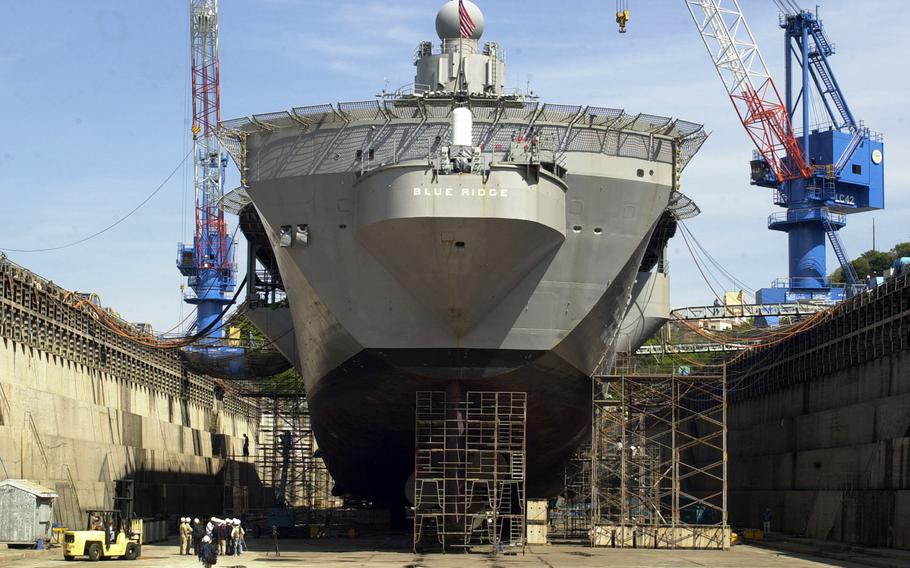 Jim Schulz ©Stars and StripesYokosuka Naval Base, Japan, April, 2004: The USS Blue Ridge, command ship of the U.S. Navy's 7th Fleet, is seen in dry dock at Yokosuka. The ship, commissioned in 1970, was to be "repaired, revamped and upgraded." according to a Stars and Stripes story, with replacement of three generators and five of seven air-conditioning plants being the main tasks.

RELATED MATERIAL: Stars and Stripes' 2004 story about the Blue Ridge.