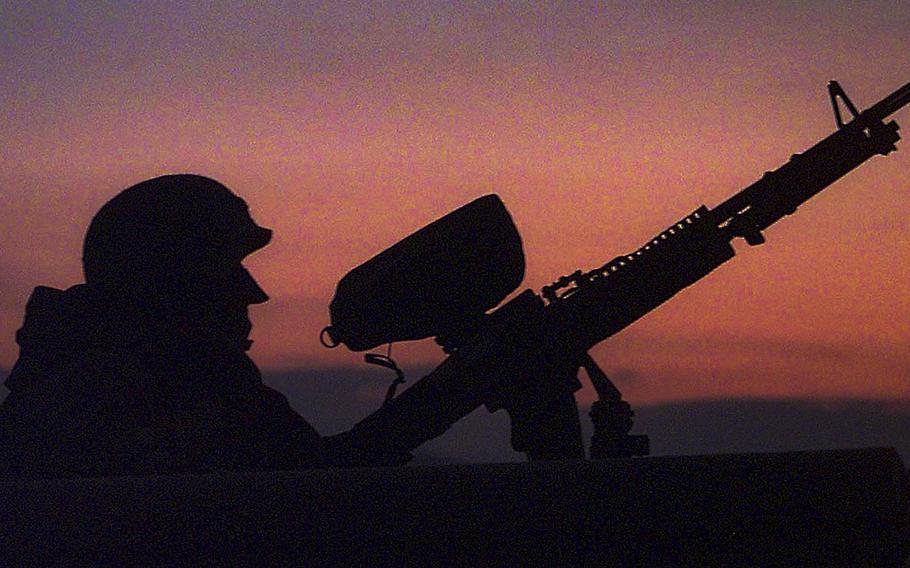 Ken George ©Stars and StripesBosnia and Herzegovina, September, 1997: As night falls during a joint training exercise involving U.S. and Turkish troops at an airfield near Bratunac, an American soldier from Camp Dobol stands guard in a humvee. The exercise, which continued late into the night, simulated securing a landing zone, followed by the insertion of troops and supplies by helicopter and some training in riot control.