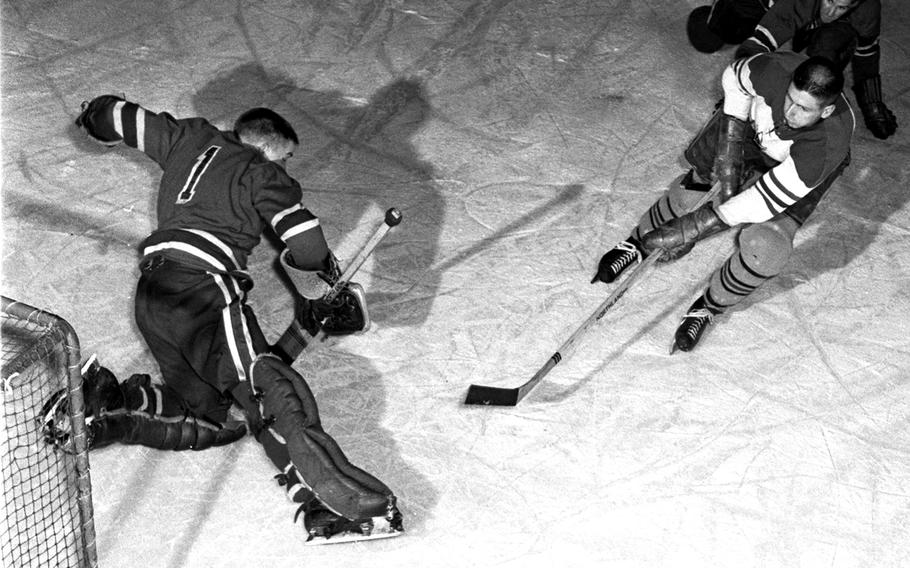 Ted Rohde ©Stars and StripesBaden-Soellingen, West Germany, March, 1957: Willard Ikola of the U.S. national hockey team goes for the kick save during a game against the RCAF Flyers (Europe). The U.S., with Bill Cleary and John Mayasich each scoring four goals, beat the Canadian airmen, 16-4, for the 21st victory on their European tour. Ikola was the goalie on the previous year's Olympic team, which beat Canada in the semifinals and lost to the Soviet Union in the gold-medal game. After his playing career, he coached high schools in Edina, Minn. to 616 wins in 33 seasons.