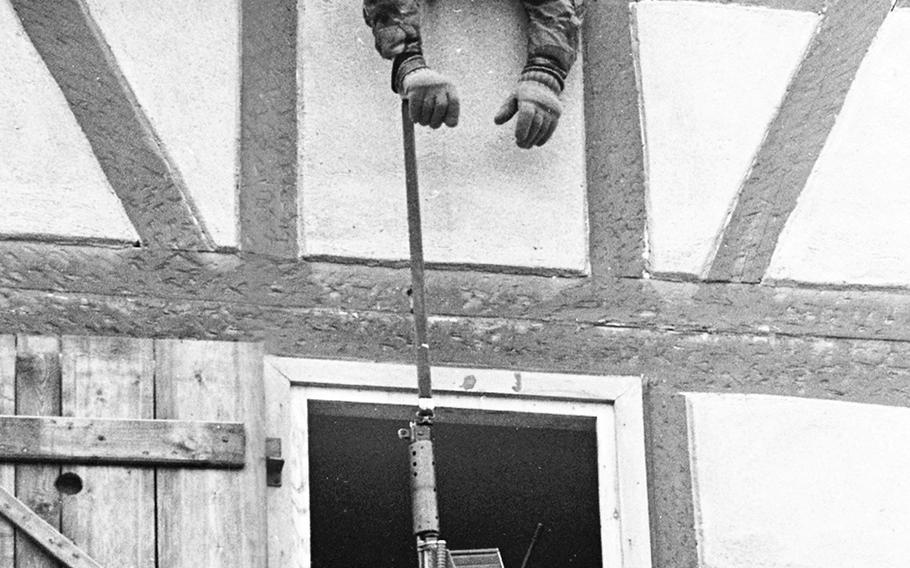 John Pilger ©Stars and StripesHammelburg, Germany, March, 1972: Two soldiers pass a weapon between floors of a building in the village of "Bonnland," a German army training center about 25 miles from Wuerzburg. U.S. and British troops based in Berlin were using the area to gain experience in the event war broke out in the divided city, a concept that seems increasingly strange now in the years after German reunification but was a strong possibility throughout the Cold War.

RELATED MATERIAL: Stars and Stripes' story about the urban combat training at "Bonnland."