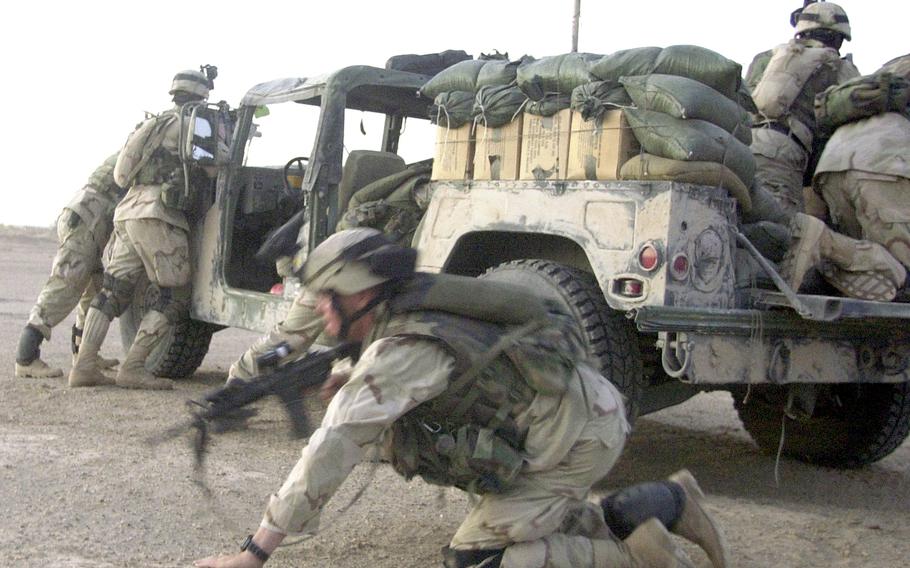 Terry Boyd ©Stars and StripesIraq, September, 2003: Soldiers near Fallujah scramble into position as rounds come in just minutes after Company B troops left Forward Operating Base Mercury. The shooters melted into the night before the soldiers could return fire or capture them.