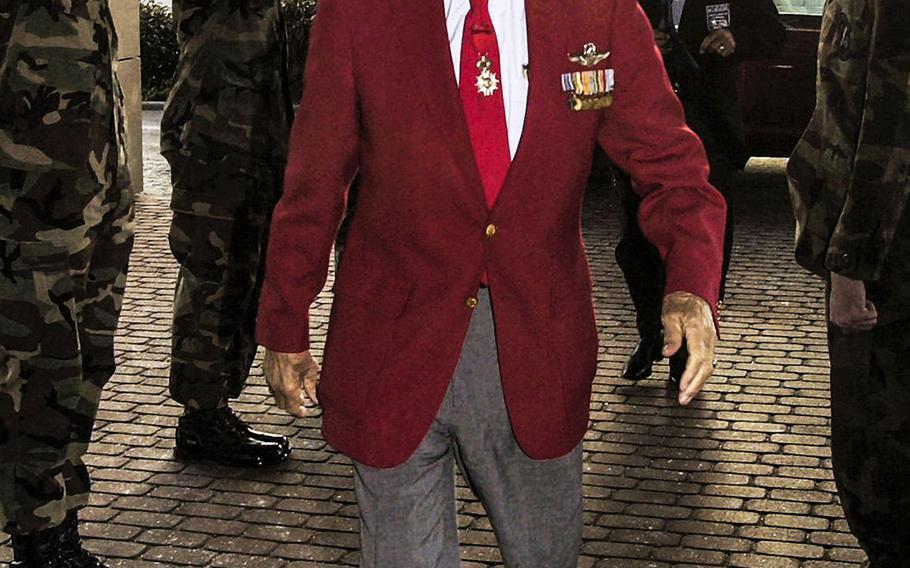 Scott Schonauer ©Stars and StripesSpangdahlem, Germany, February, 2006: Retired Army Lt. Col. Lee Archer arrives at Spangdahlem Air Base's Club Eifel for a forum with two fellow pilots from the famed World War II Tuskegee Airmen. In a 2004 Chicago Tribune interview, Archer recalled that "I flew 169 combat missions when most pilots were flying 50 ... When I came back to the U.S. and down that gangplank, there was a sign at the bottom: ′Colored Troops to the Right, White Troops to the Left′ "

RELATED MATERIAL: Stars and Stripes' 2006 story about the Tuskegee Airmen at Spangdahlem.