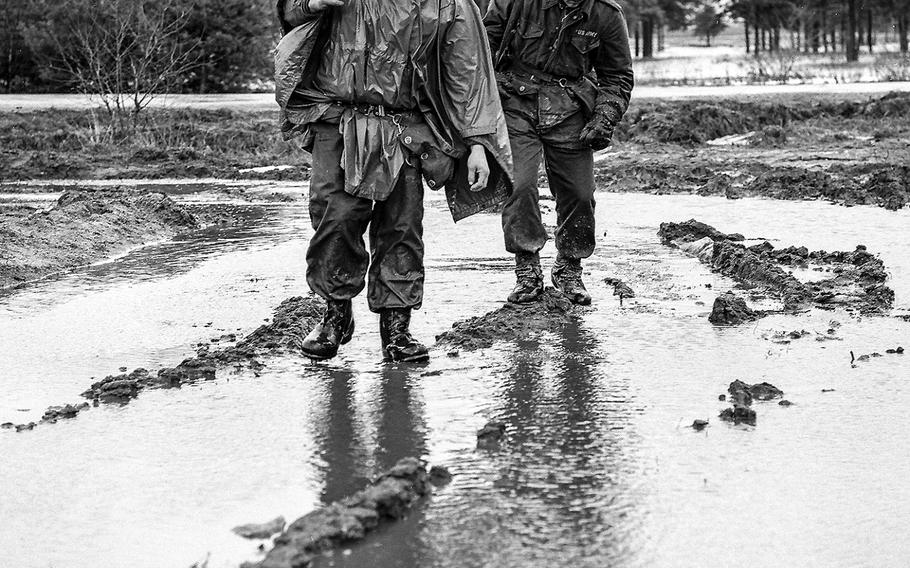 Gene Bane ©Stars and StripesWest Germany, February, 1961: Two U.S. soldiers from the 17th Artillery slog through the mud during Winter Shield II, a six-day exercise in in the Grafenwoehr-Hohenfels area that involved more than 60,000 American, German and French troops.