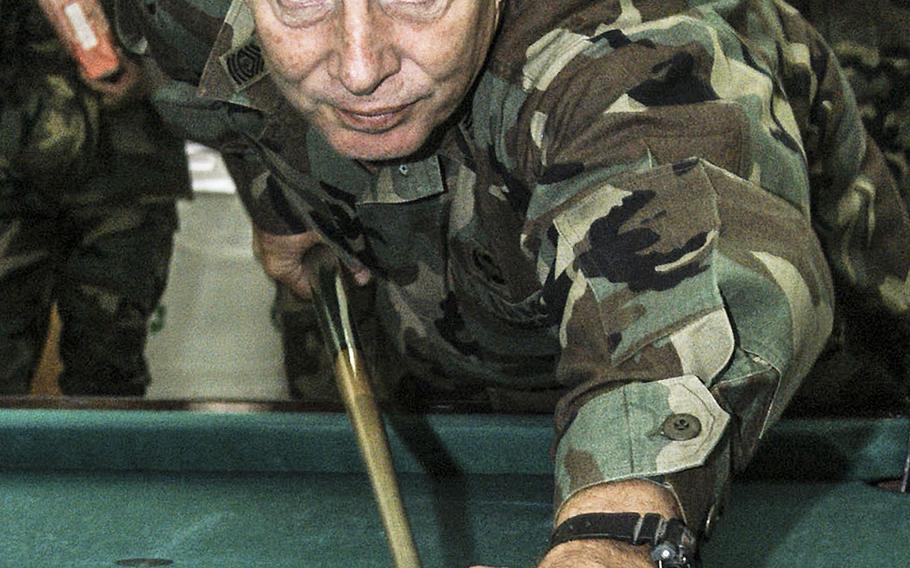 Ivana Avramovic ©Stars and StripesCamp McGovern, Bosnia and Herzegovina, October, 2003: Sergeant Major of the Army Jack L. Tilley plays a game of pool against Spc. Bryan Hull of 2nd Battalion, 194th Armor Regiment from Camp Morgan. Tilley defeated both Hull and Spc. Chad Ricketson, his next opponent. A Vietnam veteran, Tilley served as the Army's top enlisted soldier from 2002 until his retirement in January, 2004.