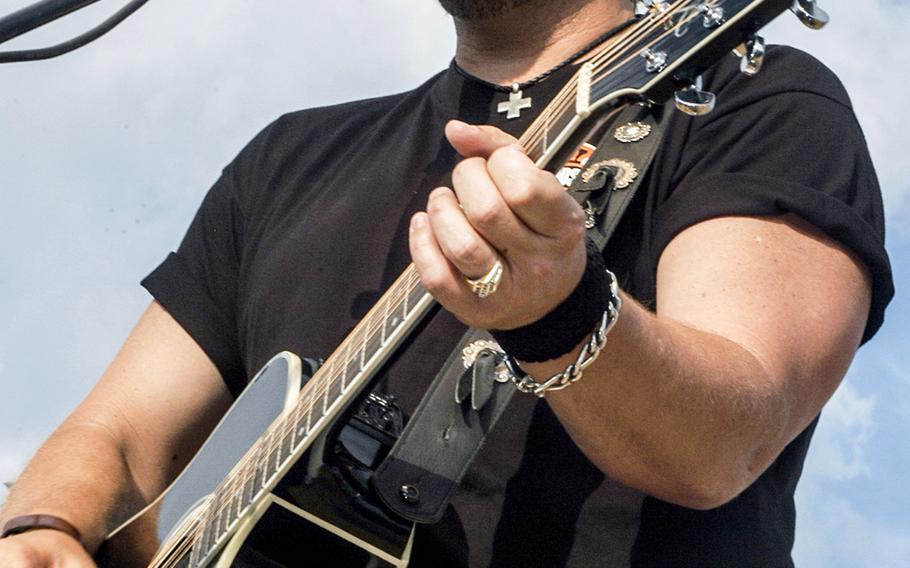 Kendra Helmer ©Stars and StripesNaples, Italy, June, 2004: Toby Keith performs during a USO concert at the Gricignano support site in Naples. Keith, who would be named Country Artist of the Decade by Billboard magazine in 2009, was joined on this tour by Ted Nugent. They were scheduled to move on to Germany, Kosovo and the Persian Gulf region.