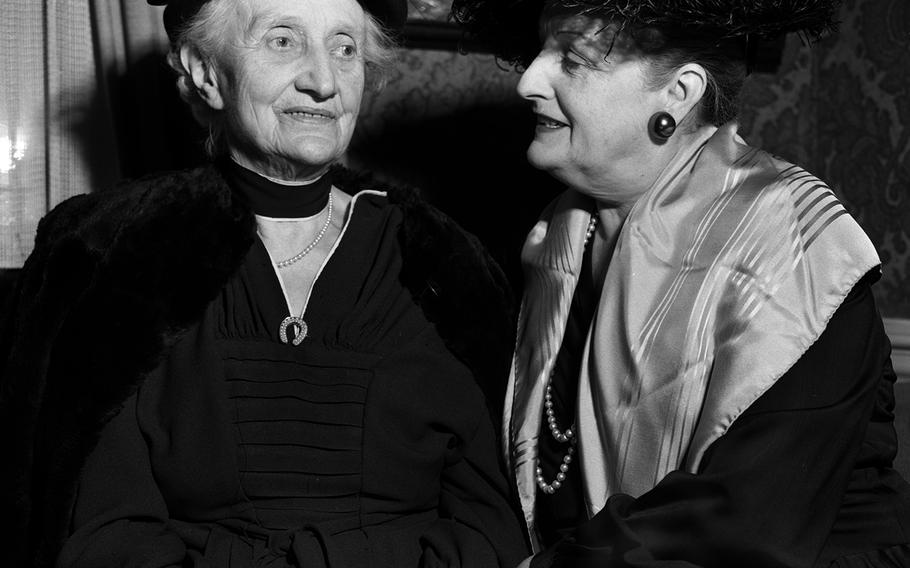 Gene Bane ©Stars and StripesWiesbaden, Germany, November, 1954: Baroness Kunigunde von Richthofen, left, mother of famed German World War I flying ace Manfred von Richthofen — the Red Baron — talks with actress Fern Andra at the Wiesbaden American Civilian Club. Andra, accurately accused of being an American spy during the war but saved by her friendship with Kaiser Wilhelm, was later injured in a plane crash that claimed the life of the baroness' second son, Lothar.