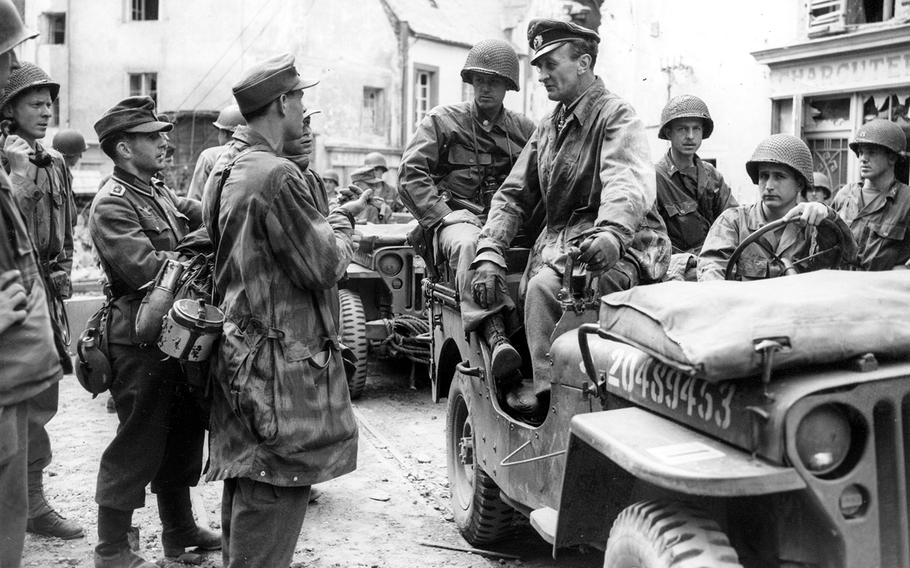 Lawrence Riordan ©Stars and StripesSt. Malo, France, August, 1944: German Col. Andreas von Aulock, standing in the Jeep, talks to some of his men as he waits to be taken to a POW camp shortly after his surrender to U.S. troops. The monocled von Aulock, an Iron Cross recipient from both world wars who was known to GIs as "The Madman of St. Malo," held out for several days in an underground bunker after the city was captured by the Americans.