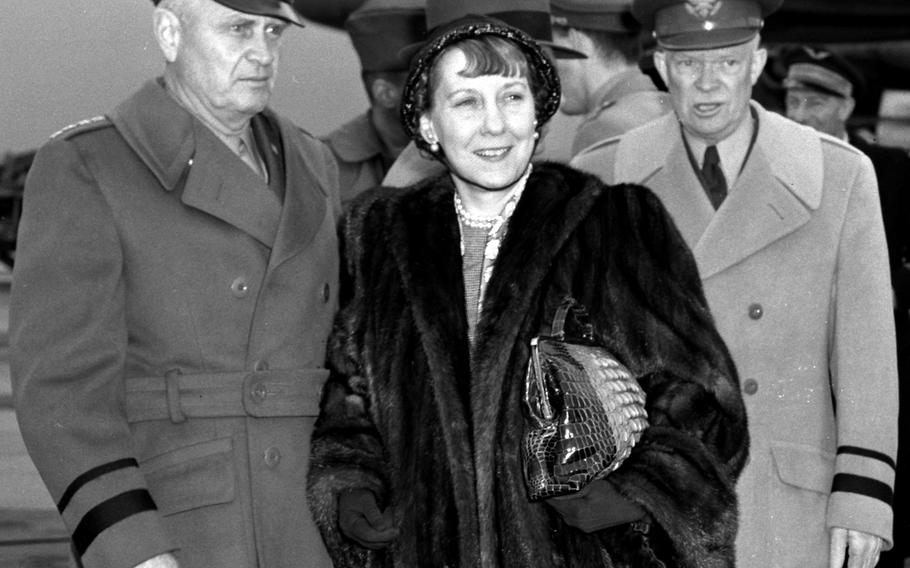 Red Grandy ©Stars and StripesFrankfurt, West Germany, April, 1951: Gen. Thomas T. Handy, left, the EUCOM commander-in-chief, greets Gen. Dwight D. Eisenhower and his wife, Mamie, at the Rhein-Main airport. The Eisenhowers were on their way from Paris to Heidelberg at the start of a four-day inspection tour of the three Allied sectors of Western Germany. It was only the second postwar visit to Germany for Eisenhower, the Supreme Allied Commander Europe.