The Carter Family in Frankfurt, 1961 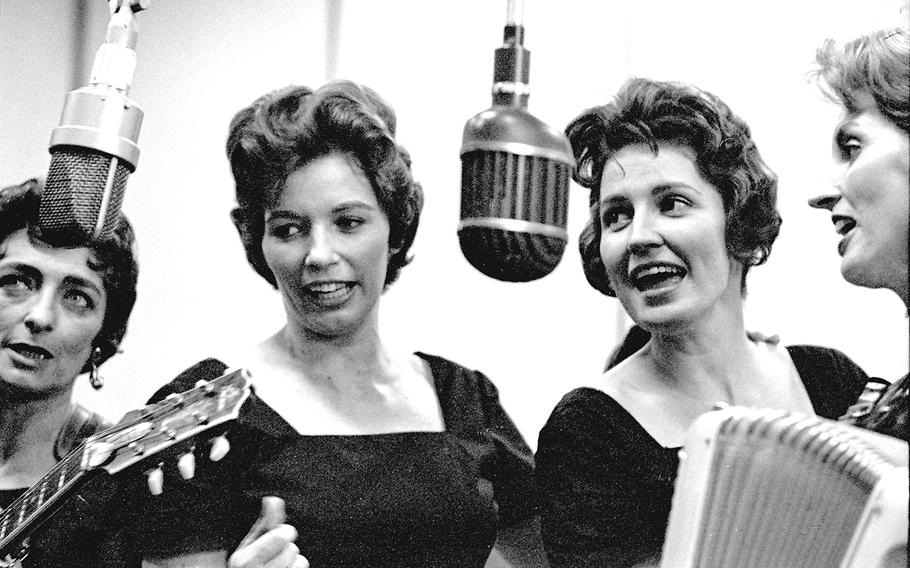 Gene Bane ©Stars and StripesFrankfurt, West Germany, November, 1961: The second generation of the musical Carter Family — mother Maybelle, June (the future wife of Johnny Cash), Anita and Helen — on the air at AFN's Frankfurt studio during their two-week tour of U.S. bases in Europe. Maybelle Carter was a pioneer in the use of the guitar in country music; she and her daughters began performing together in 1943. The only reason father Ezra wasn't included in the act was, according to Helen, because "he can't carry a tune."

RELATED MATERIAL: Stars and Stripes' 1961 story about the Carter Family.