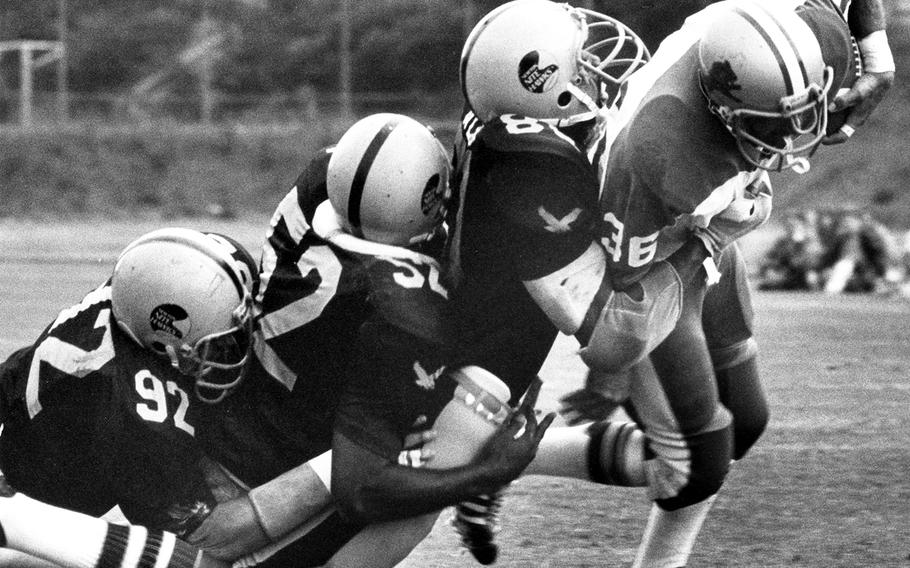 Red Grandy ©Stars and StripesLandstuhl, Germany, June, 1977:Elwin Clayton (92), Bill Townsend (52) and Larry Allen of the Newton (Iowa) Nite Hawks team up to haul down Larry Rivelli of the Chicago Lions during a semipro football game. The teams had drawn 12,000 and 20,000 fans at Versailles and Lille, France, respectively, but only about 200 showed up to witness Newton's 26-16 win "back in the woods behind the 2nd General Hospital at the Landstuhl Stadion, a soccer field with no lights," according to a Stars and Stripes story about the game.