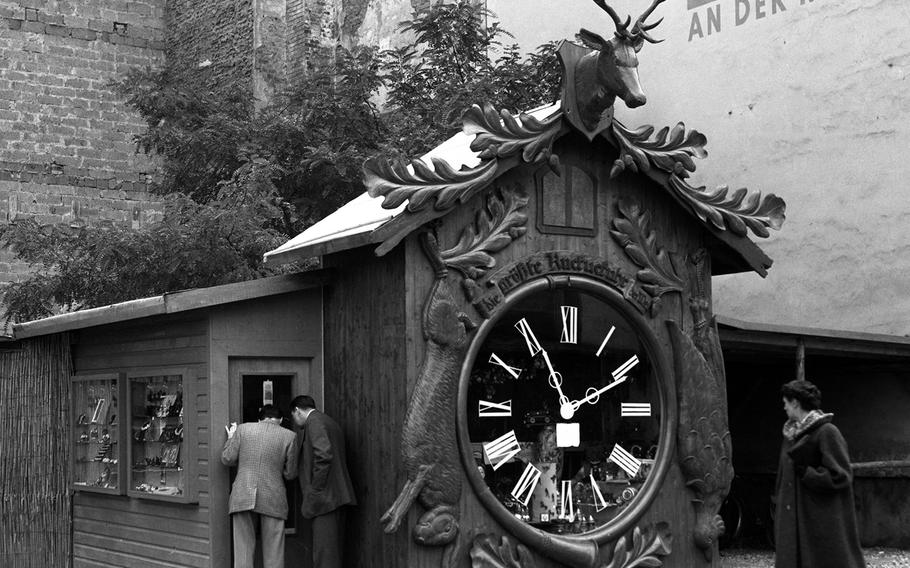 Ted Rohde ©Stars and StripesWiesbaden, Germany, October, 1953: A Wiesbaden store owner acted on a suggestion by his nephew, a U.S. military policeman stationed in Kaiserslautern, and built this storefront that was soon written about in publications around the world and was still attracting attention (and business) a half-century later.